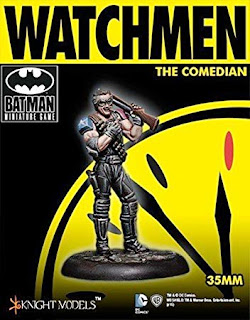 I have finally had a bit of time to complete my first official Knight Models figure, The Comedian from the Watchmen group. 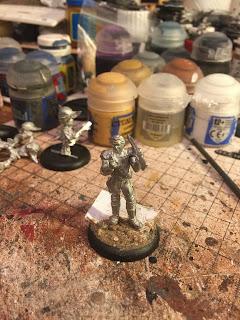 The figure was rebased in a similar style to Azrael but I added a larger piece of corrugated steel (well plastic!) so i could add a bit of graffiti. 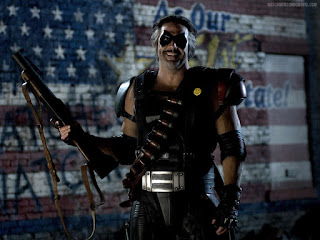 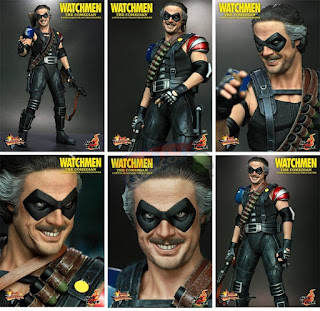 The figure follows the movie version very well, although there is a loss of detail in some areas. Overall it a nice piece and easy to paint up although I might go back later and rework the skin as flesh is my weakest paint area. 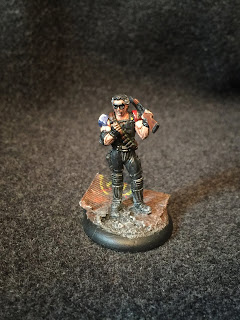 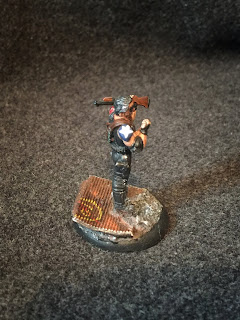 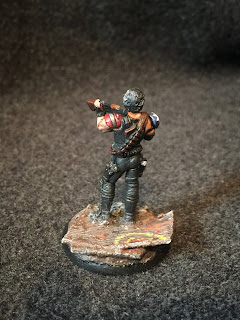 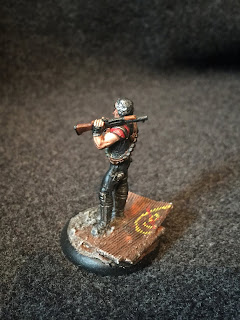 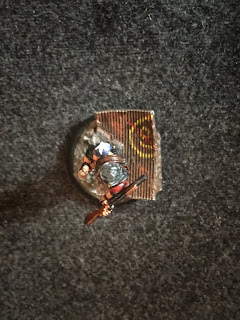 Added some graffiti to the base with a crossed out Smiley face.
I was going to go for 'Who Watches the Watchmen' but I will save that for a terrain piece later. 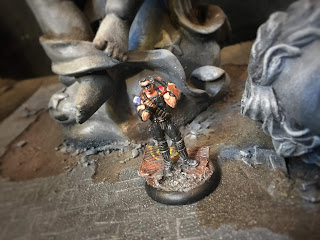 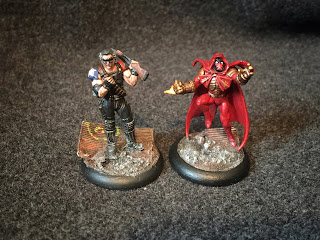 The Comedian and Azrael

I have been very lucky on ebay and have been able to pick up NiteOwl, Silk Spectre and Rorschach.
Only Ozymandias left to get and then I will look for a Bubastis conversion and look at the Heroclix range for Dr Manhattan and some of the other team figures. 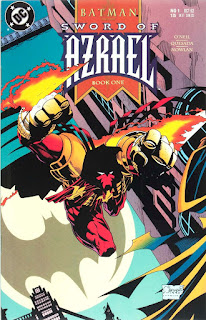 After a recent rewatching of Watchmen my interest in Comics and costumed adventures has been rekindled. Knight Models have Batman miniature game which expanded into the wider DC and marvel Universes and issued a set of the Watchmen miniatures (minus Dr Manhattan) which I started scouring markets for but as a starter I picked up Azrael.
Azrael is one of my favourite costumed heroes and was introduced as part of the epic Knightfall story arc. Knight Models have an Azrael styled from a later line as well as Nightfall batman which I will get but not the classic look. Thankfully the Heroclix range have one and scales up okay against Knight Models. 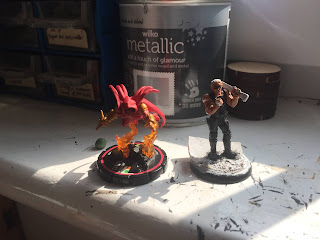 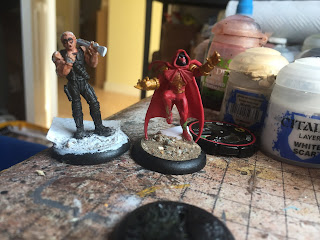 Removed from his base and flames. 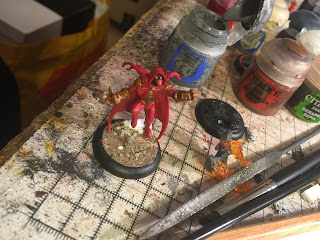 Rebased with gravel and plasticard 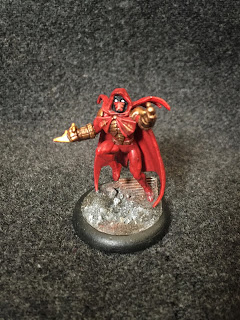 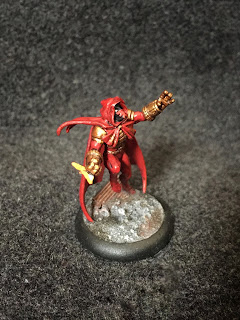 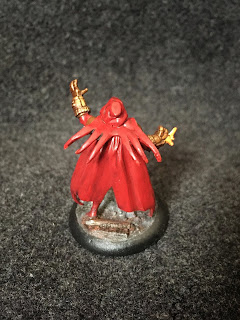 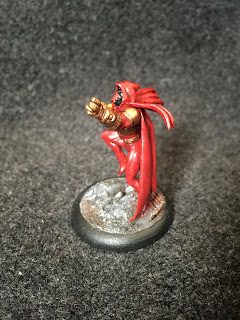 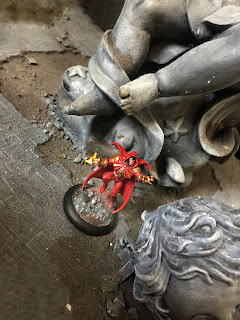 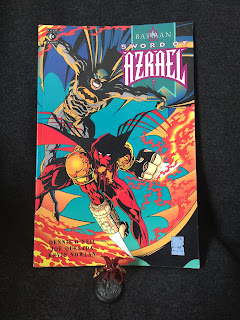