Osh sat and waited in the darkness of his hut.
he focused on the sounds of the Grymann outside, their many voices loud and excitable as they waited for news of the hunt that had left that morning.
Osh should have been with them, but he could feel himself on the edge of rage and the Earth Mood, and had chosen to stay. The last time he had felt this way he had fought one of the great Stone Boars and had destroyed it beyond use.

When I first got the Eotan I was no keen and though the sculpts looked a bit crude and comical but as I worked on them they grew on me. They certainly carry as much detail as others in the range and carry a lot of character ad dynamism and reminded me of the 2000AD character Slaine in warp spasm, 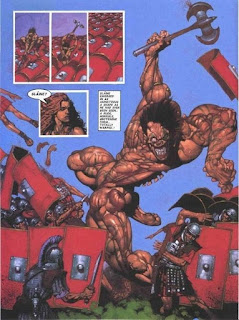 The Eotan deformed and bursting with the power of Maaj and the earth, their bodies twisted in permeant frenzy.

The Eotan are some of the largest and certainly heaviest figures in in the range and are solid metal. in construction, the figures arms and head were pinned, glued and GS added make sure they would stay together.
When i first got these i was not so keen on the sculpting of the ball in claws of the Eotan Abifain and modified them with cork and sand to look like he had torn up a chunk of rock and earth. The stone collar and rings were added with GS to fit in with the clan style. 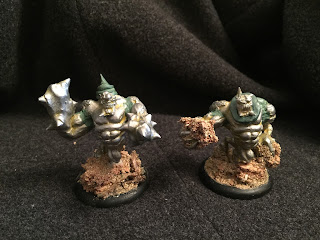 Starting work on the skin and muscle tone 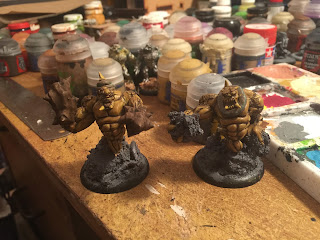 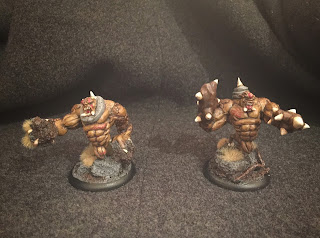 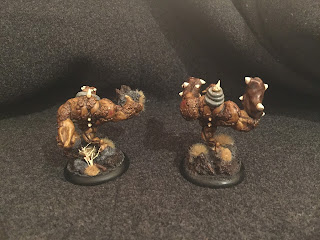 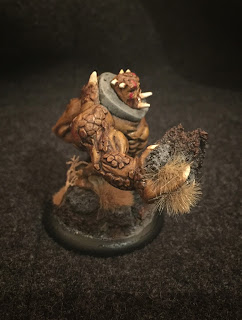 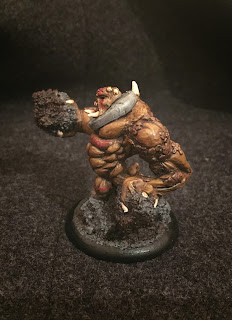 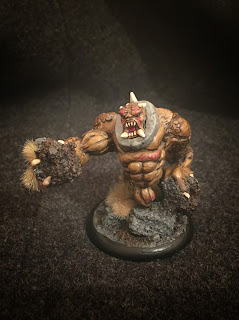 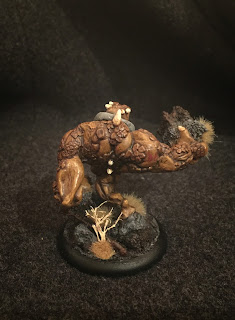 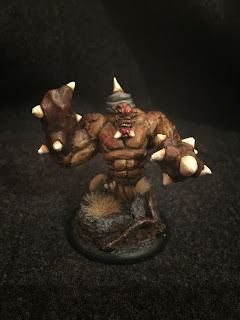 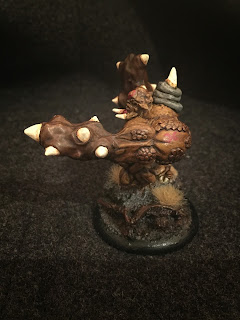 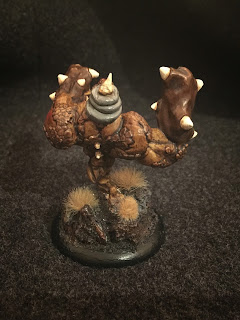 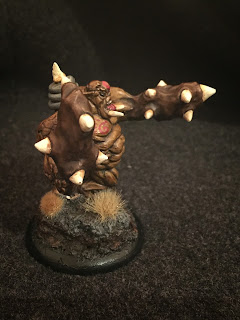 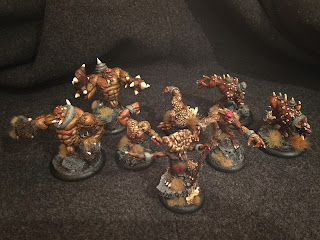 The Stone Branch Clan so far
Posted by Benamon at 10:14 No comments: