Following the release of the teaser trailer for the new Star Wars film i was struck by the land speeder featured. Very bulky and diesel punk i thought it would be perfect for the style of my space force so have decided to have a go…


Stills of the speeder: 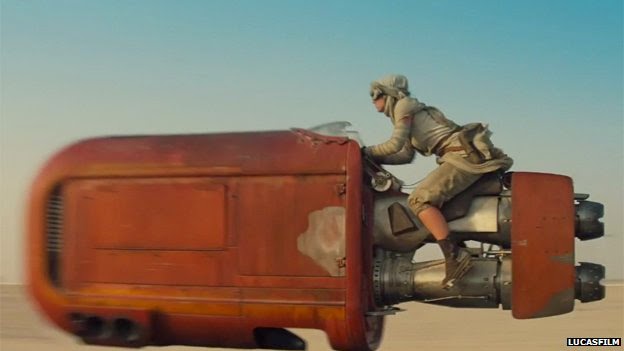 Converting the Sea Arrows would mean removing the tail fins which i did by drilling out the block on the underside and taking the plane apart. 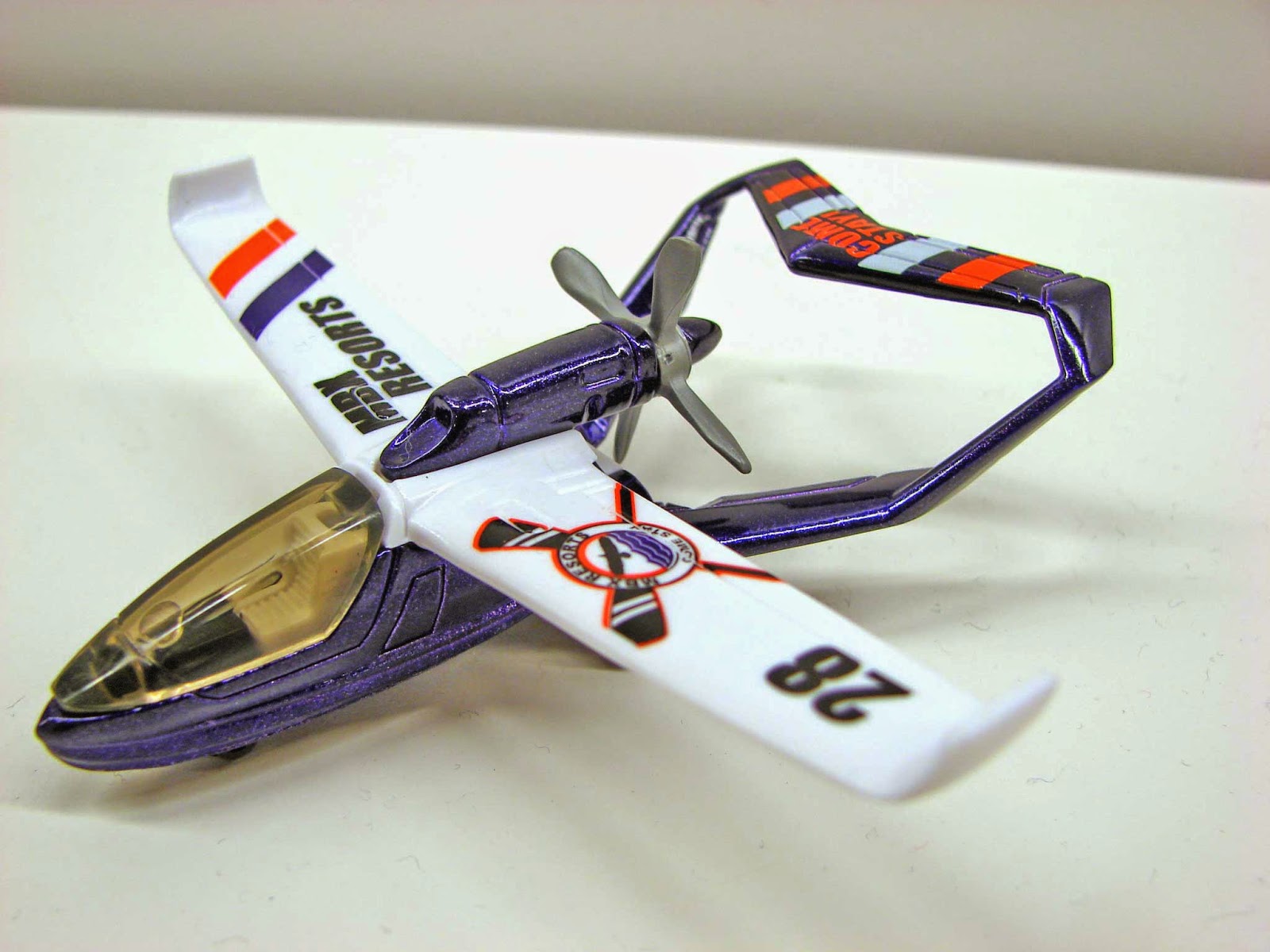 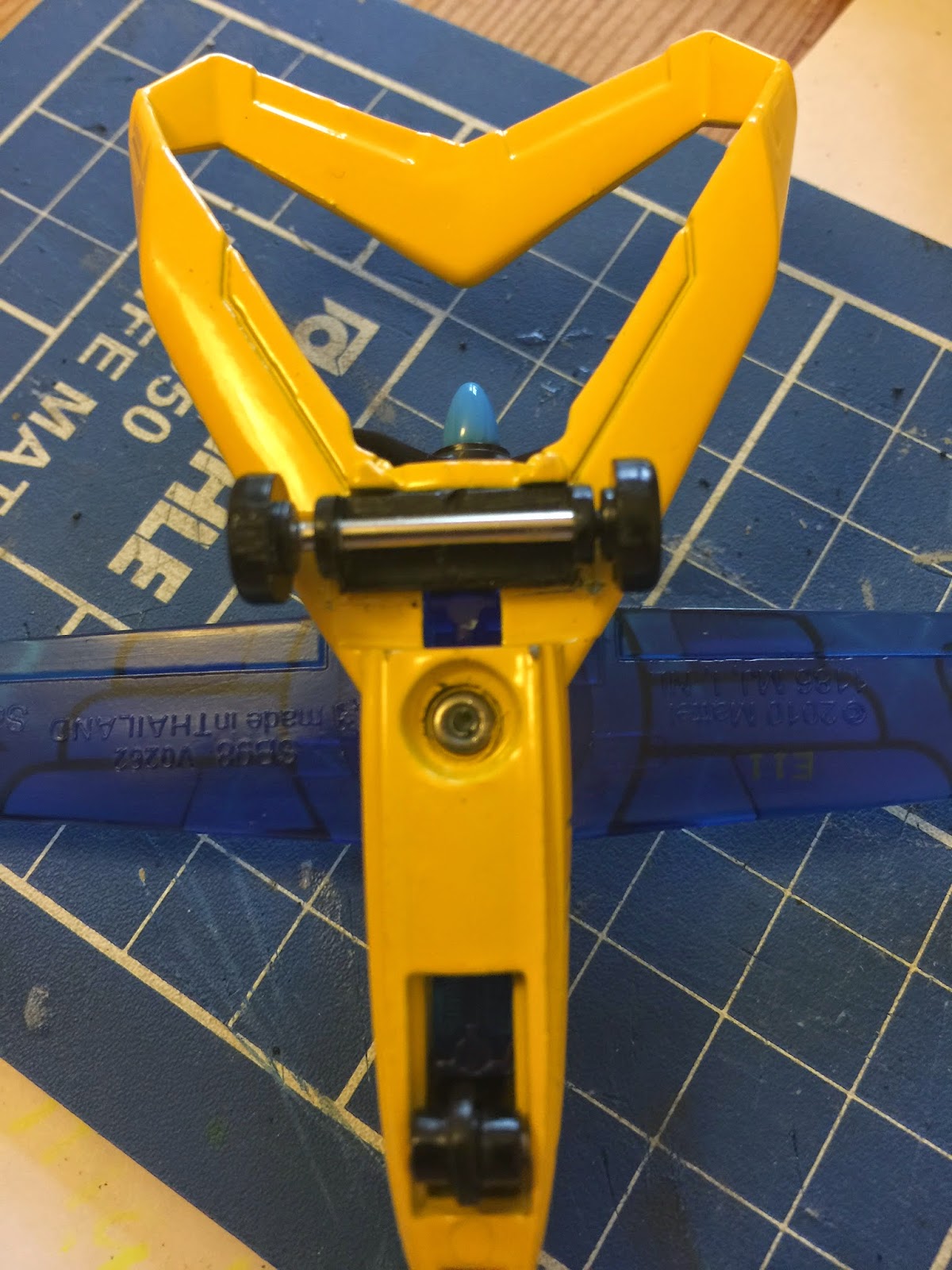 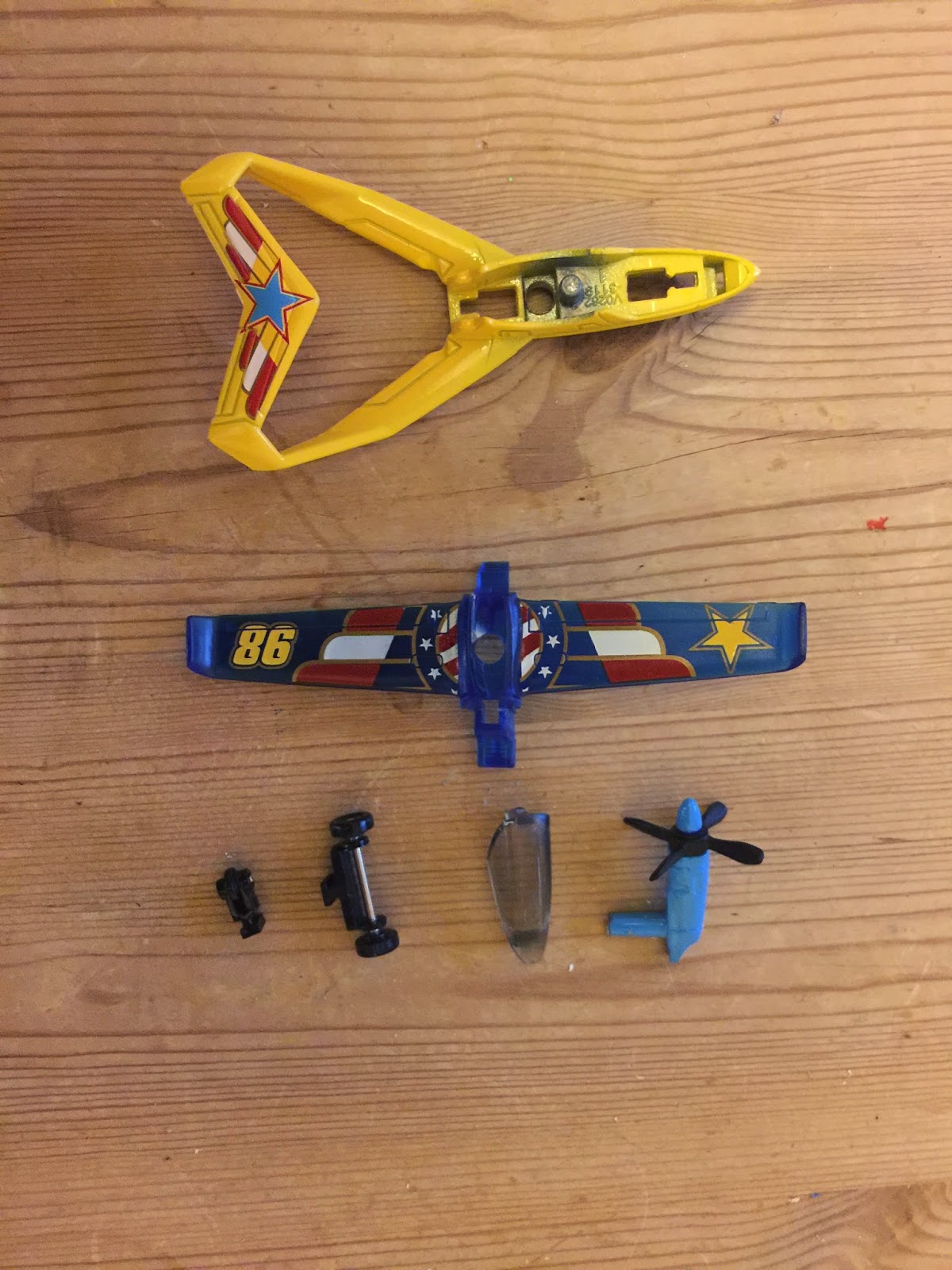 The tails were then sawed off from the main body, bit of an effort as they are metal, and the plane reassembled. In book one the Skyhawk is open canopy but by the start of book two it has been upgraded to closed canopy.
I have shown the reassembled plane next to one of my completed UNSC  and also a drivers from ion Age miniatures in an open canopy configuration. The books describe the engines as slung under the wings but I am happy with one on top, though i might look at building one in when I tidy up the rear, possibly build one out of Green Stuff. 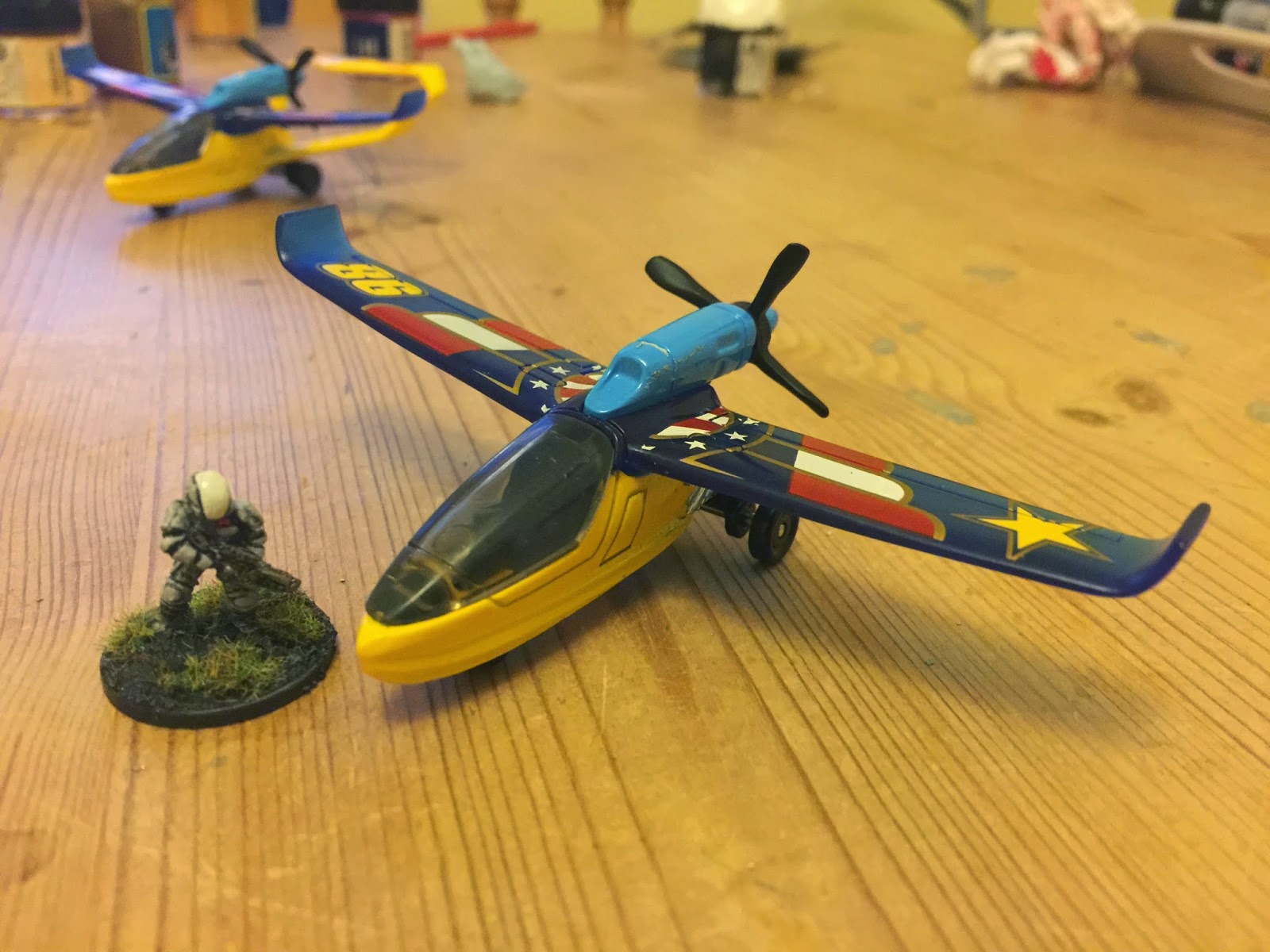 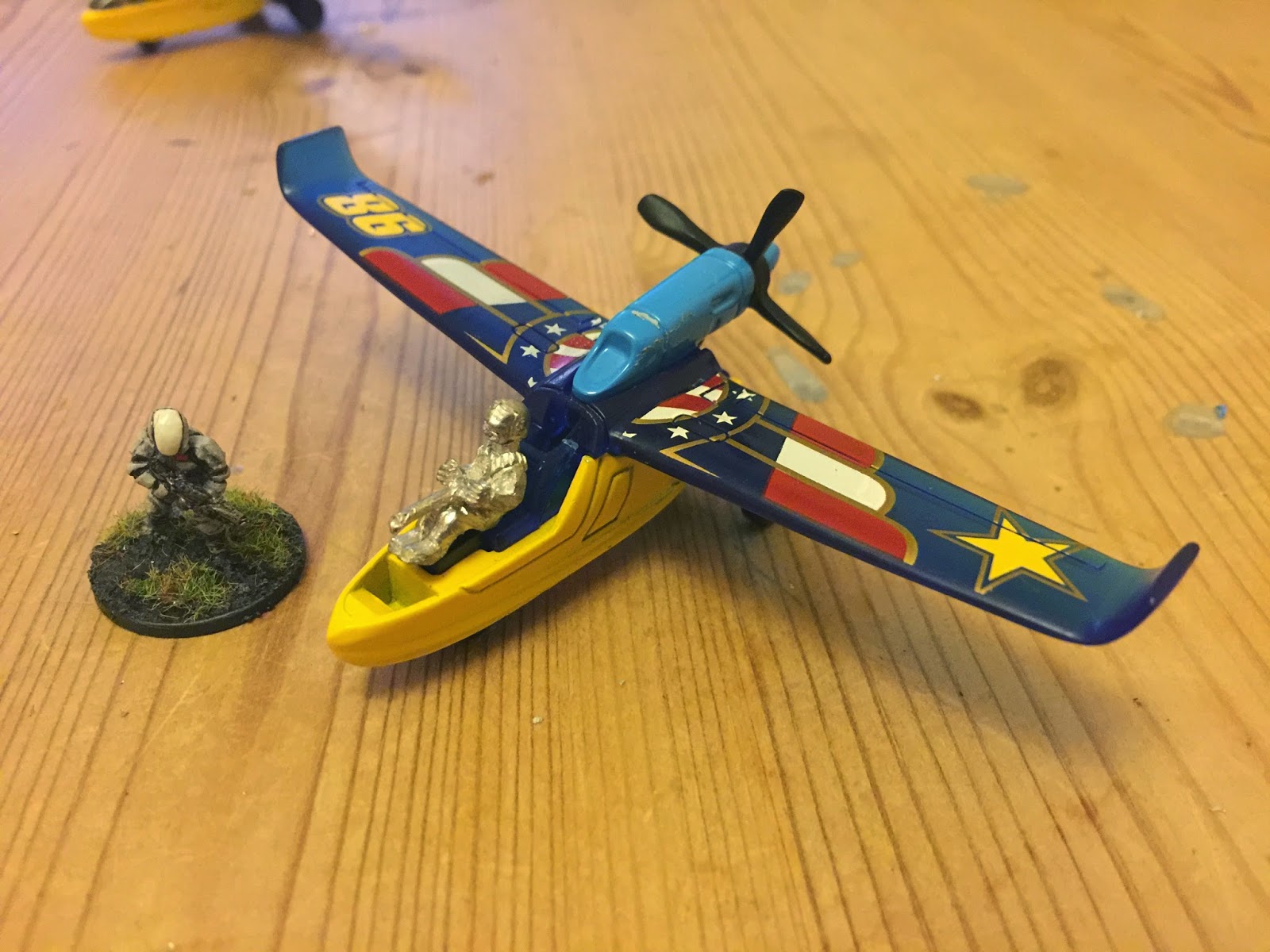 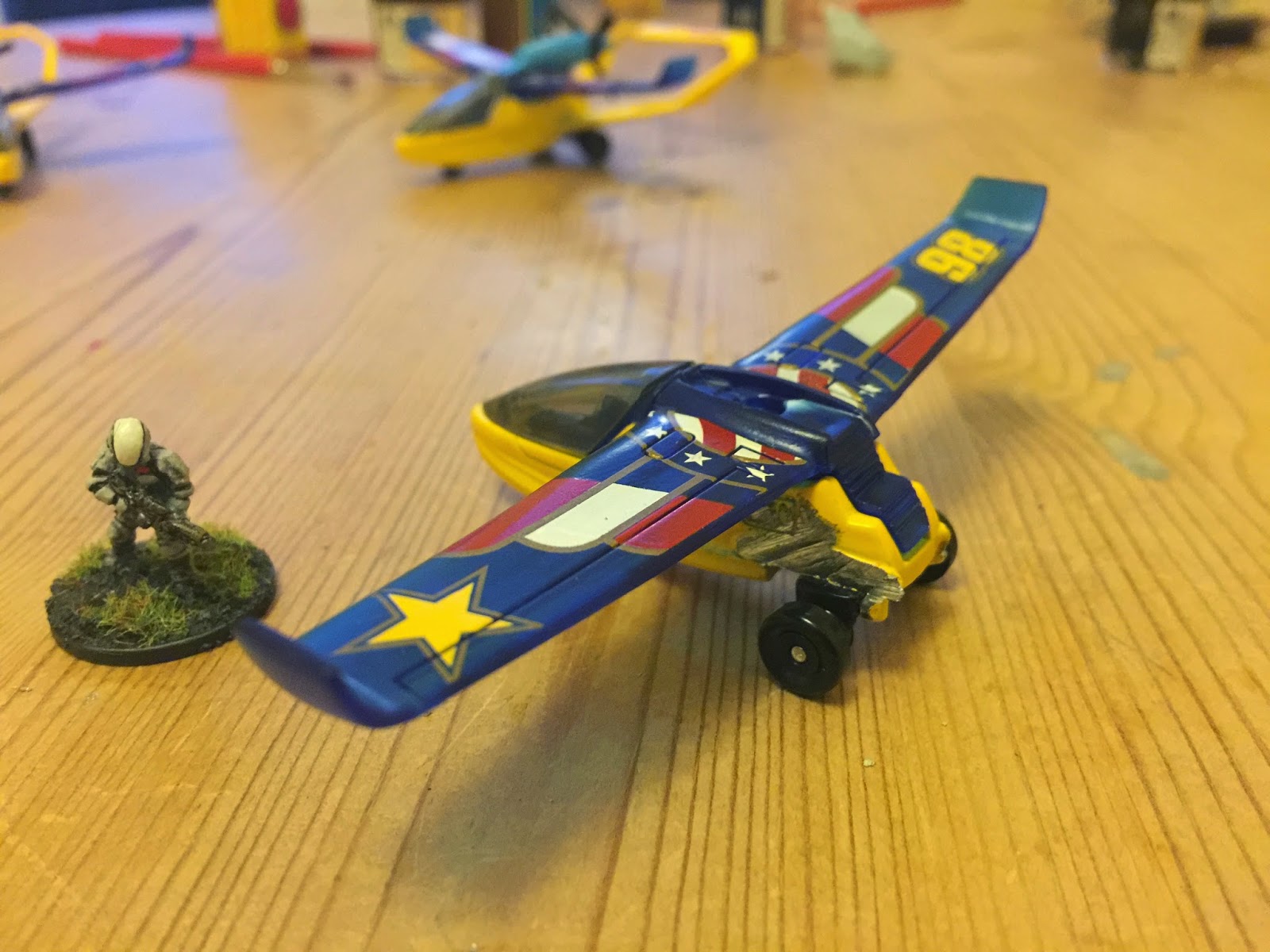 I have discovered that matchbox is a good mine to the 15mm war gamer and has provided me with eth solution to one of the vehicles in the Amtrak Federation arsenal.
In the series the main weapon for the federation is the Wagon Trains but these are supported by its onboard airforce which is made up of armed microlight planes called Skyhawks: 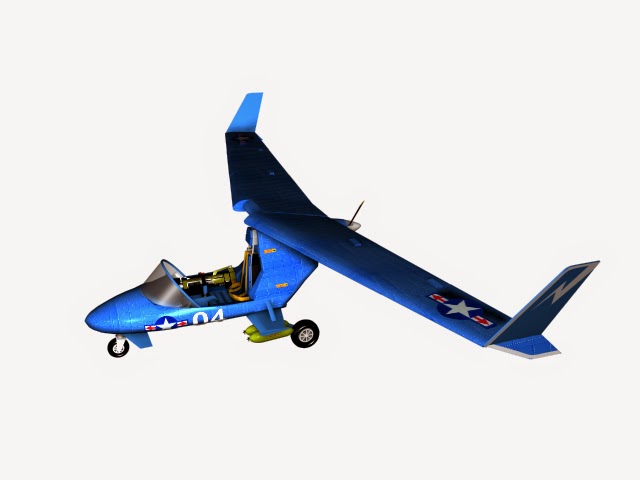 SkyHawk MK.1
(Taken from The illustrated Guide to the Amtrak Wars)

the airforce will provide a great gaming piece, in terms of army list, visuals and also scenarios but i feared i would have to make them from scratch. Luckily Matchbox sell a range of planes and the Sea Arrow has great potential: 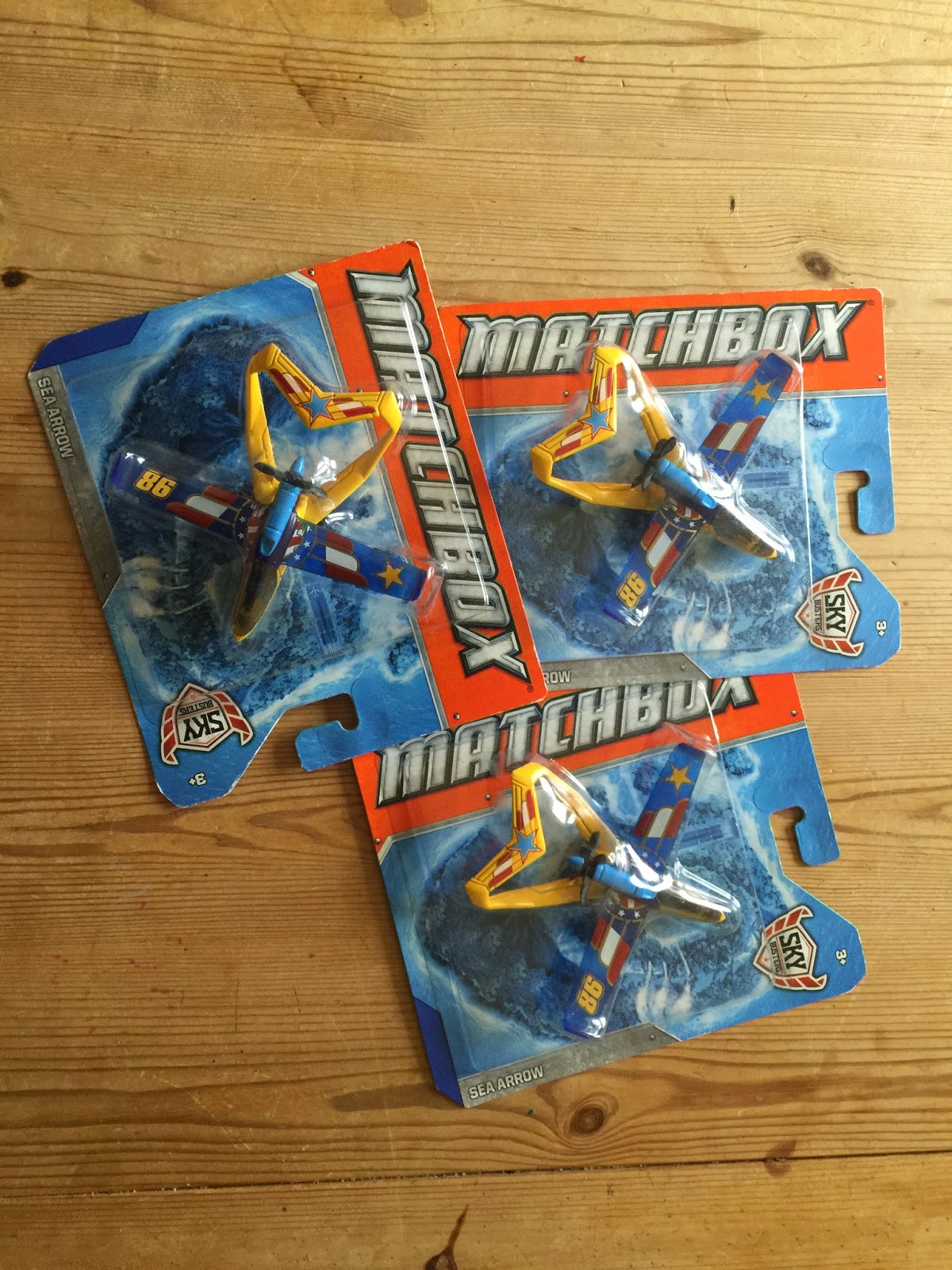 Having scoured the web and managed to pick up three I can start...

The Amtrak Federation forces will be represented by the UNSC line units from Ground Zero Games, working well as the Tracker foot troops in Red and blue for the pilots

The Plainsfolk are described similar to native americans but some with helmets and elements of armour (Shoulder pads etc) made up of leather and stone studs. For weapons they have knives, clubs etc but also crossbows rather than long bows. For these figures i have picked up some native Americans from Khurasan Miniatures, The figures have some armed with rifles but I aim to convert those to the crossbows. 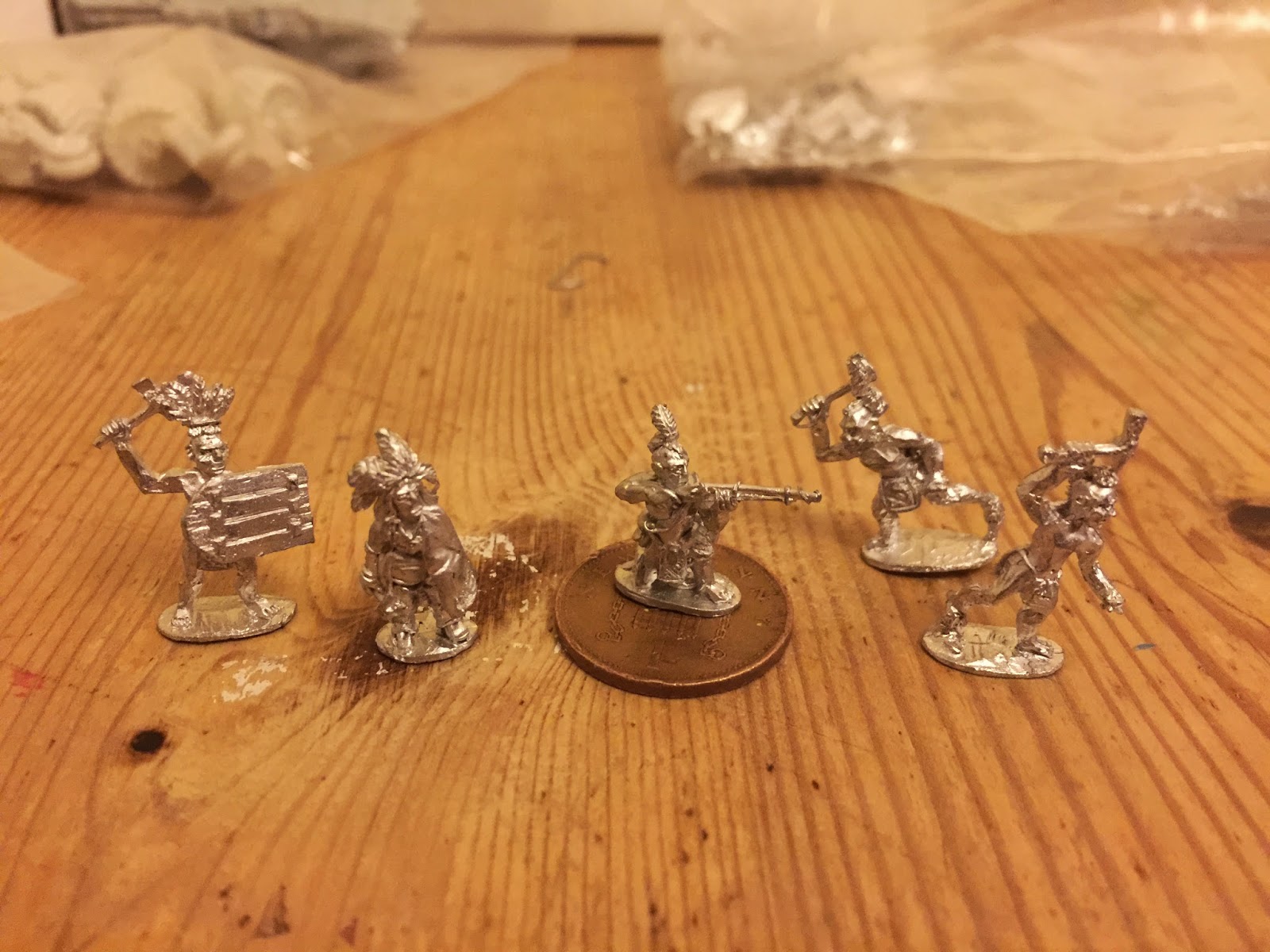 The Amtrak Wars is a series of six books written by Patrick Tilley. The series is a post apocalyptic epic set in a future america and charts the conflict between the Amtrak Federation and the Plain folk Mutes.
The Amtrak federation are the descendants of the those who fled into the bunkers following a nuclear war and have now developed an advanced underground civilisation, highly militarised and based on an idealised version of America. Above ground are the Mutes, the descendants of those who survived the war and now live a Native American style existence, living of the land and forming warring clans.
After a thousand years the Amtrak Federation has now emerged to reconquer the 'Blue Sky world and eradicate the Mutes.
I first read the series when i was at school and the world it created has stuck with me, both in its creation of the Amtrak Federation society but also the technology they wield against the Mutes including great Wagon Trains:

' The Lady from Louisiana - which steve stood gazing up at - was a space age, multi-section, articulated vehicle over six hundred feet long!..
The Lady consisted of two command,fire control cars standing some thirty-five feet high to the roof of their raised cabs and situated at the head and tail of the wagon train, two powers cars, and twelve weapon, cargo and accommodation case - all connected by flexible passways. Each forty footlong section was mounted on four huge low pressure tyres, twelve feet in diameter and twelve feet wide, capable of traversing most types of terrain.'
- Cloud Warrior. Book 1. Patrick Tilley

The idea has come to me to build up a set of figures based on the books and at 15mm scale maybe even a wagon train, if only a small one! 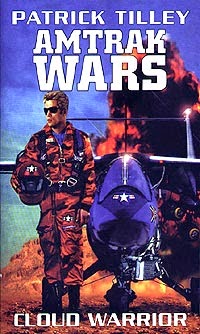 For those interested in picking up the story, the books have had several print runs so picking up second hand copies should be fairly cheap or digital versions are available as well. the series has its own Wikka which is a great resource and also has images taken from an illustrated guide which was produced:

And then there was six

I have not had much time and still a bit rusty painting, but I have completed the first six UNSC line troops and converted one for the Command squad into a standard bearer.
The figures were based on pennies and then covered in sand with PVA glue, the rubble was cut up sprue. The Standard was made of Tin foil and then painted. 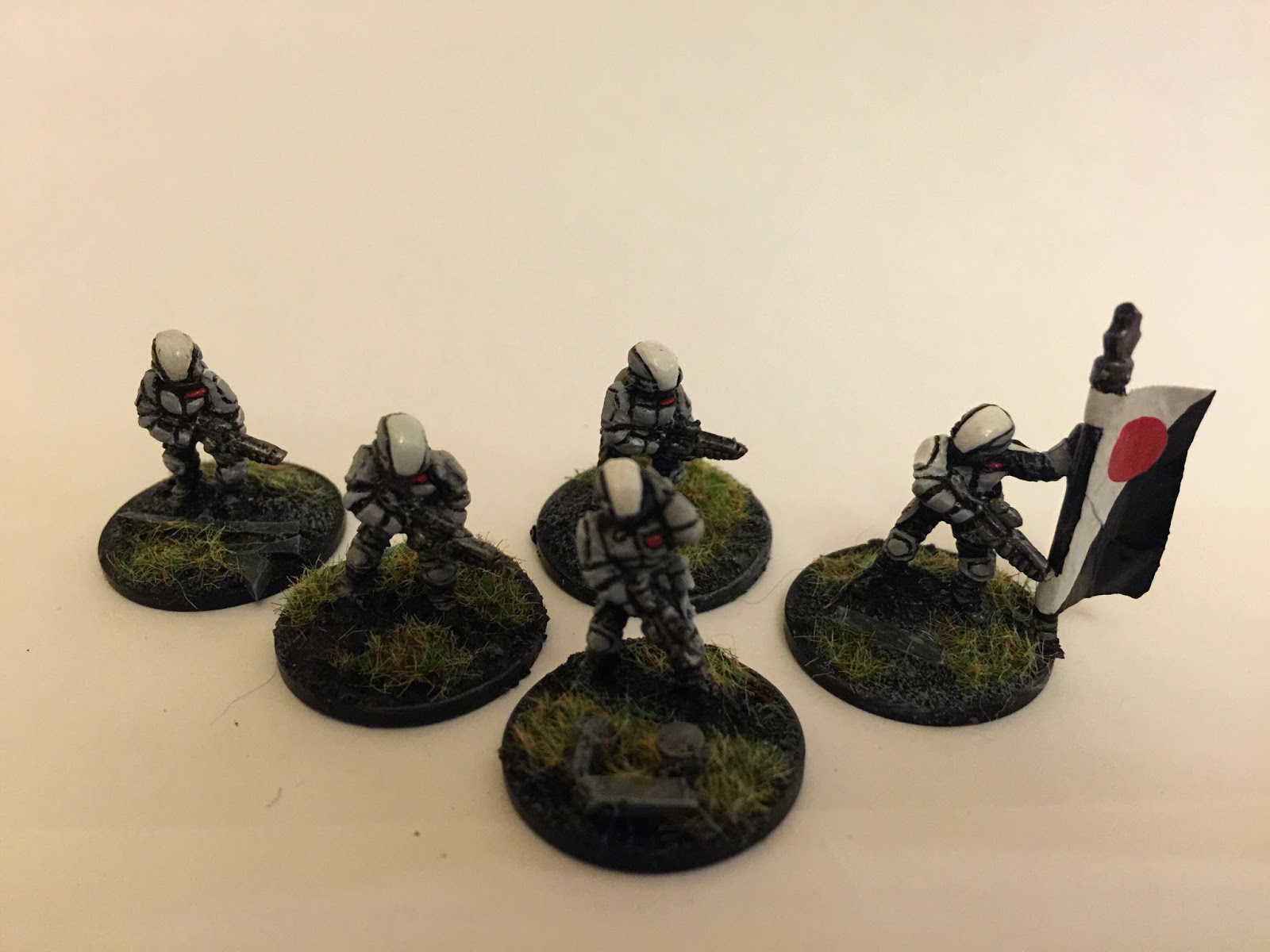 The Scout ship has now been completed. In the original model the middle can split in two and the legs can be removed and stored inside but they have all been glued on now. I wanted a quite minimal look but added the faction icon which was inspired by Farscape and the Peacekeeper symbol. 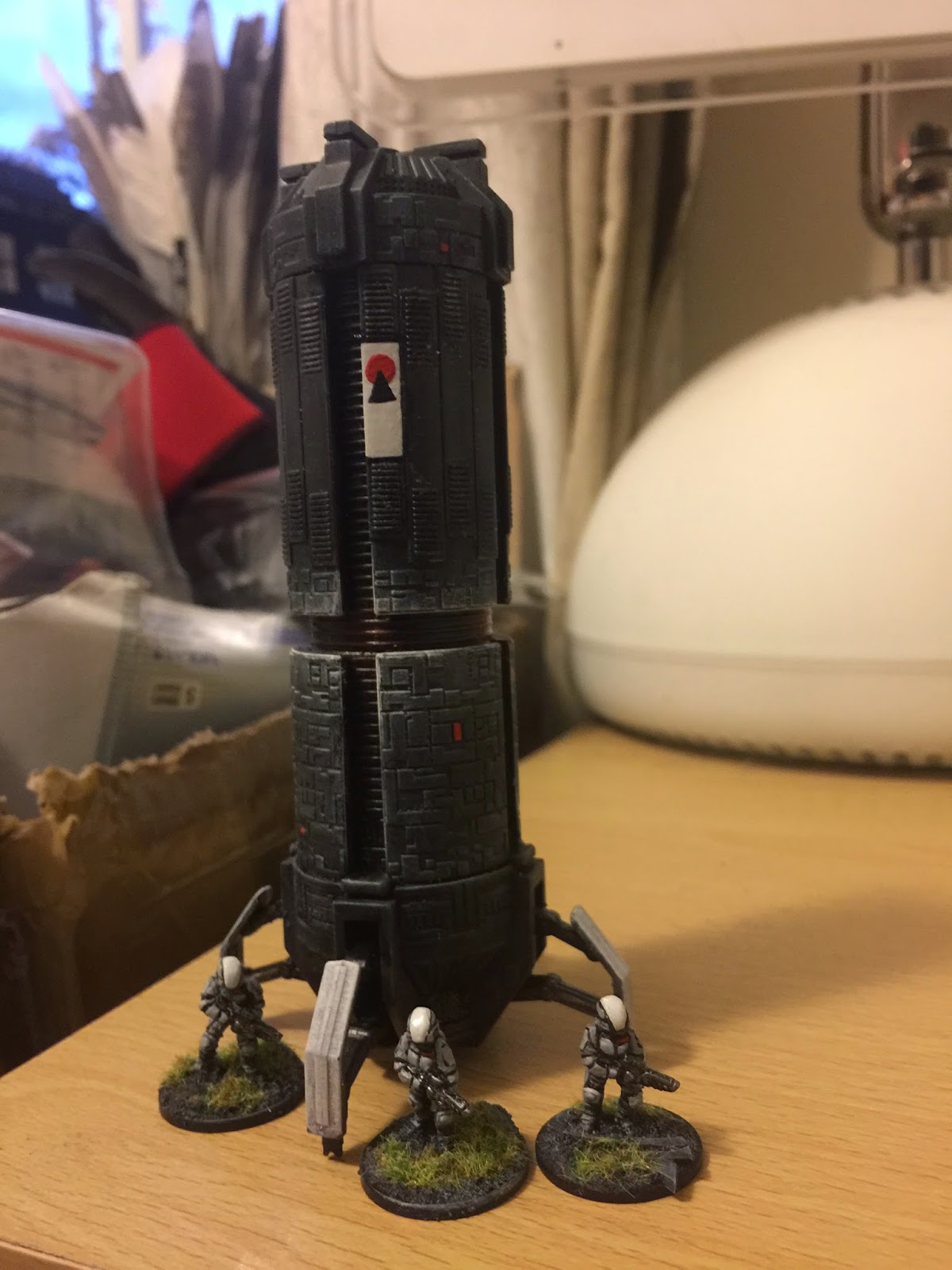 UPDATE: I have decide to revise the sign, the updated version is a bit more robust and incidentally easier to do! 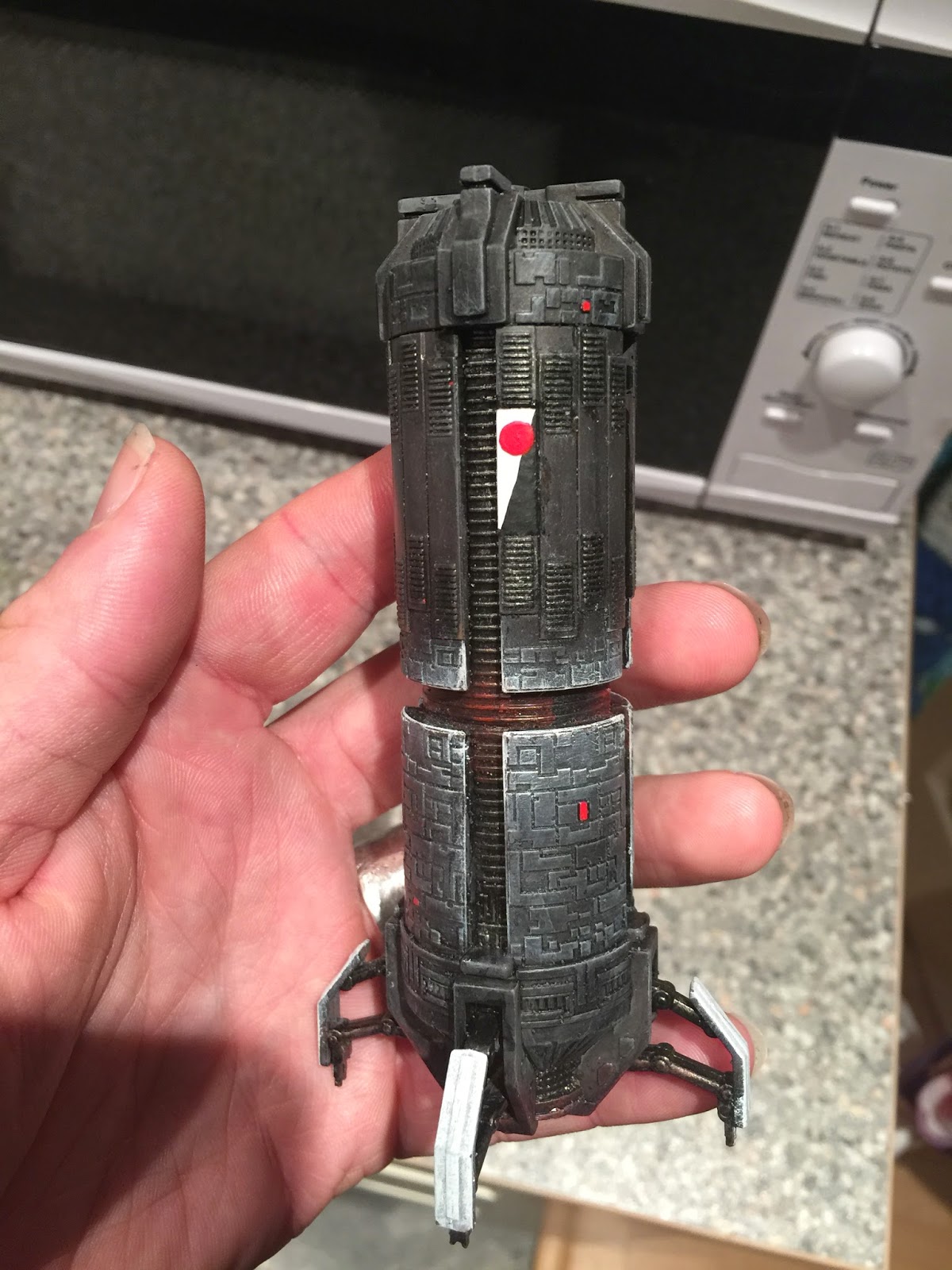 I have picked up a Doctor Who toy which will convert nicely into a scout ship for my Sci-Fi faction (Backstory/Background/Fluff in preparation…)
The ship is from the Doctor Who Microverse range: 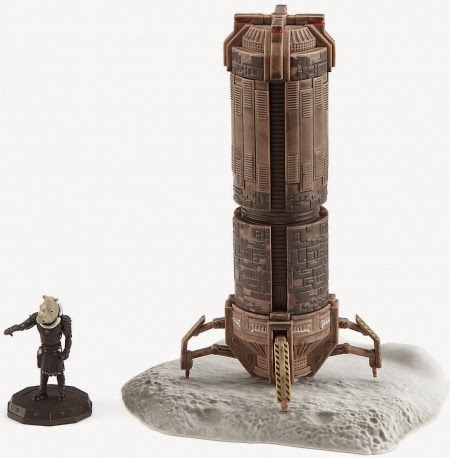 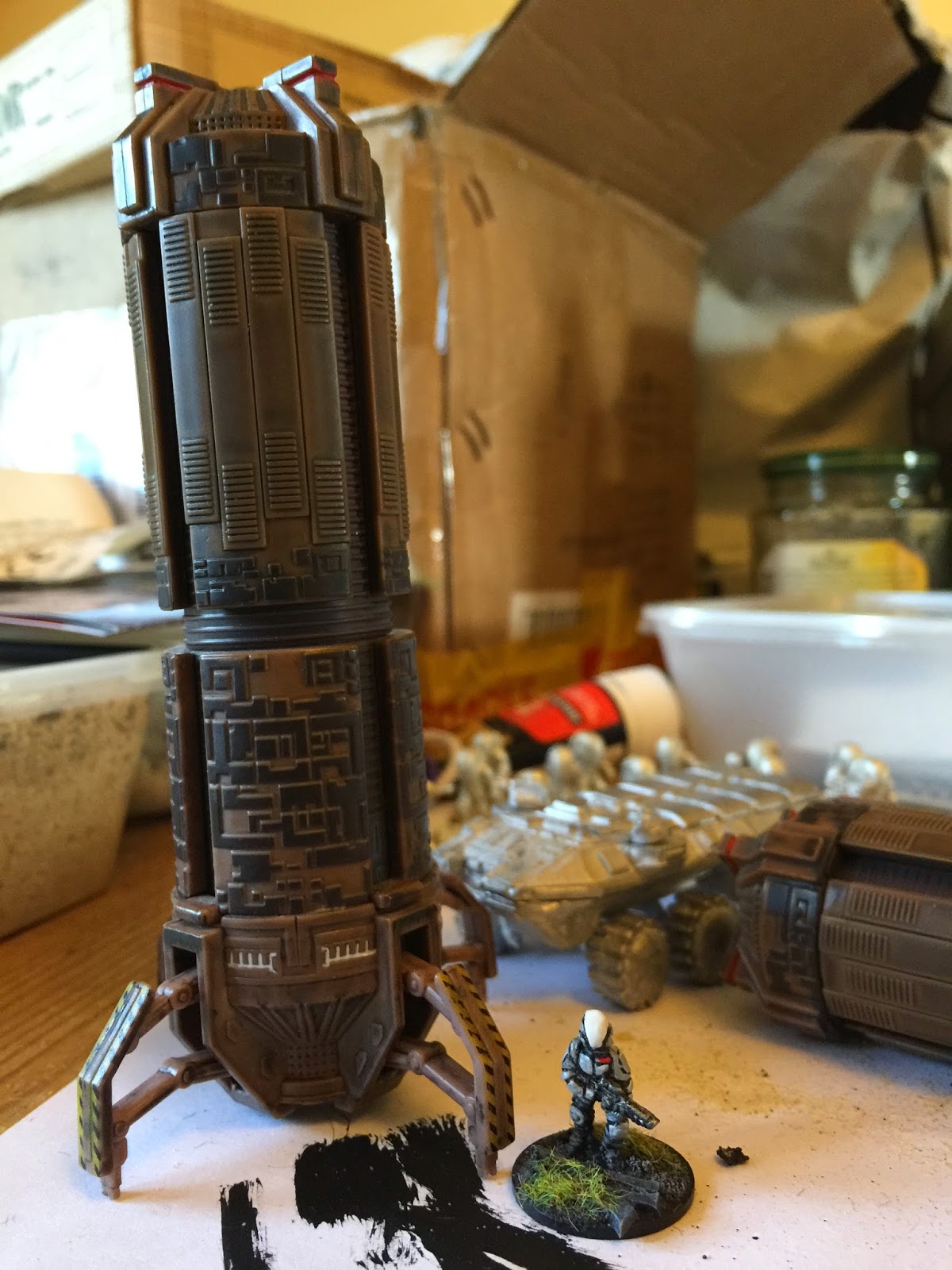 The first two figures are completed, still deciding on a basing scheme but will probably go with the darker version. The figures are in urban colours so imagine them blending in with a burnt out rubble filled post bonbardment landscape
The figures are superbly detailed and i use an Optivisor magnifier headset when painting to try and get the best out of them. 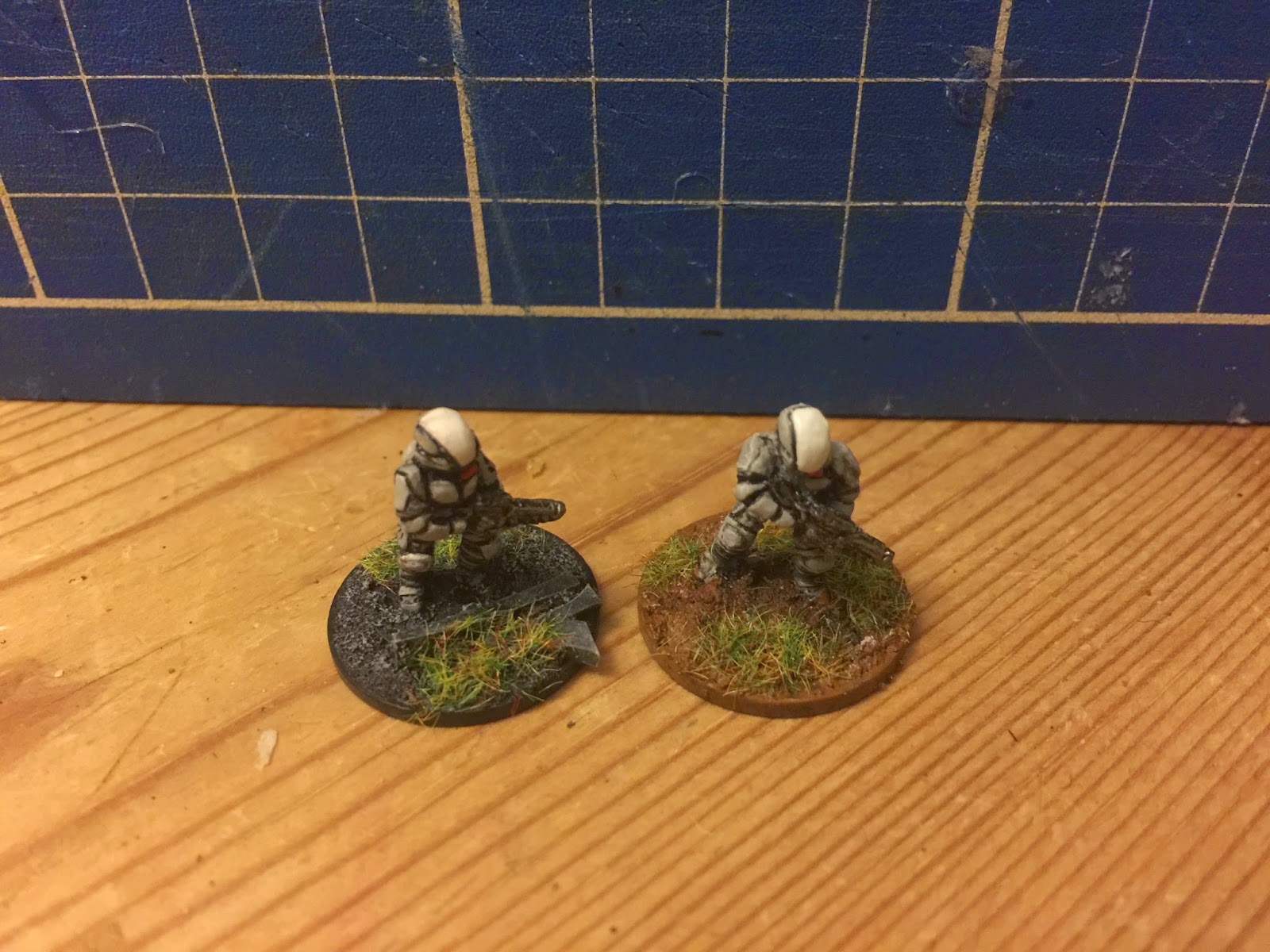 And back with 15mm

And we are back…

From discovering Dystopian Wars I came across the 15mm gaming verse and have become hooked. The startup  cost for a Games Workshop force is still a bit intimidating but with 15mm I can field a force for a fraction of the cost.
After joining the 15mm Sci-fi Gaming Group on Facebook my first purchase was with Ground Zero Games
Ground Zero has huge range of figure and factions, both units, vehicles and mech a options. I settled on the UNSC Line troops 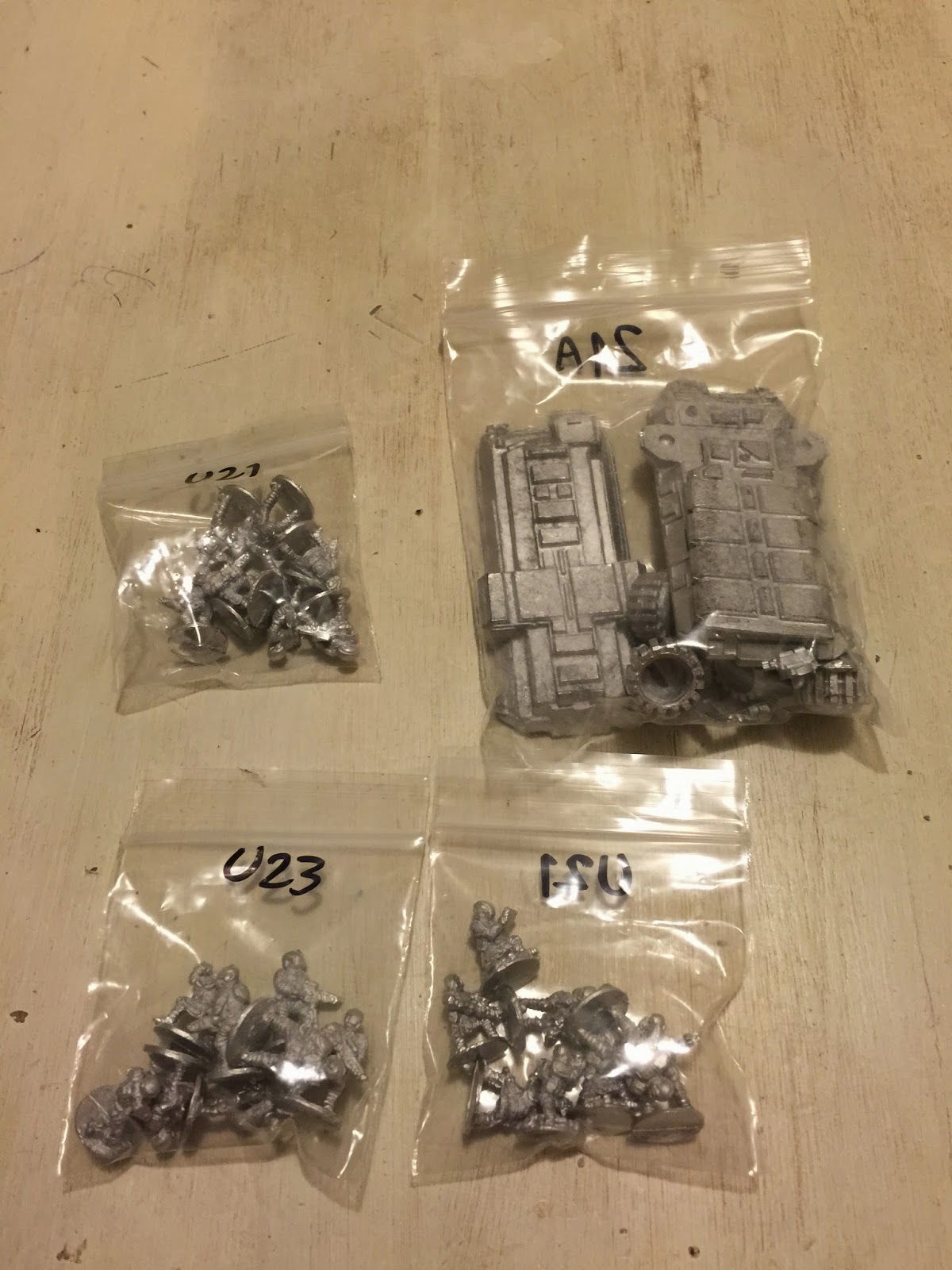 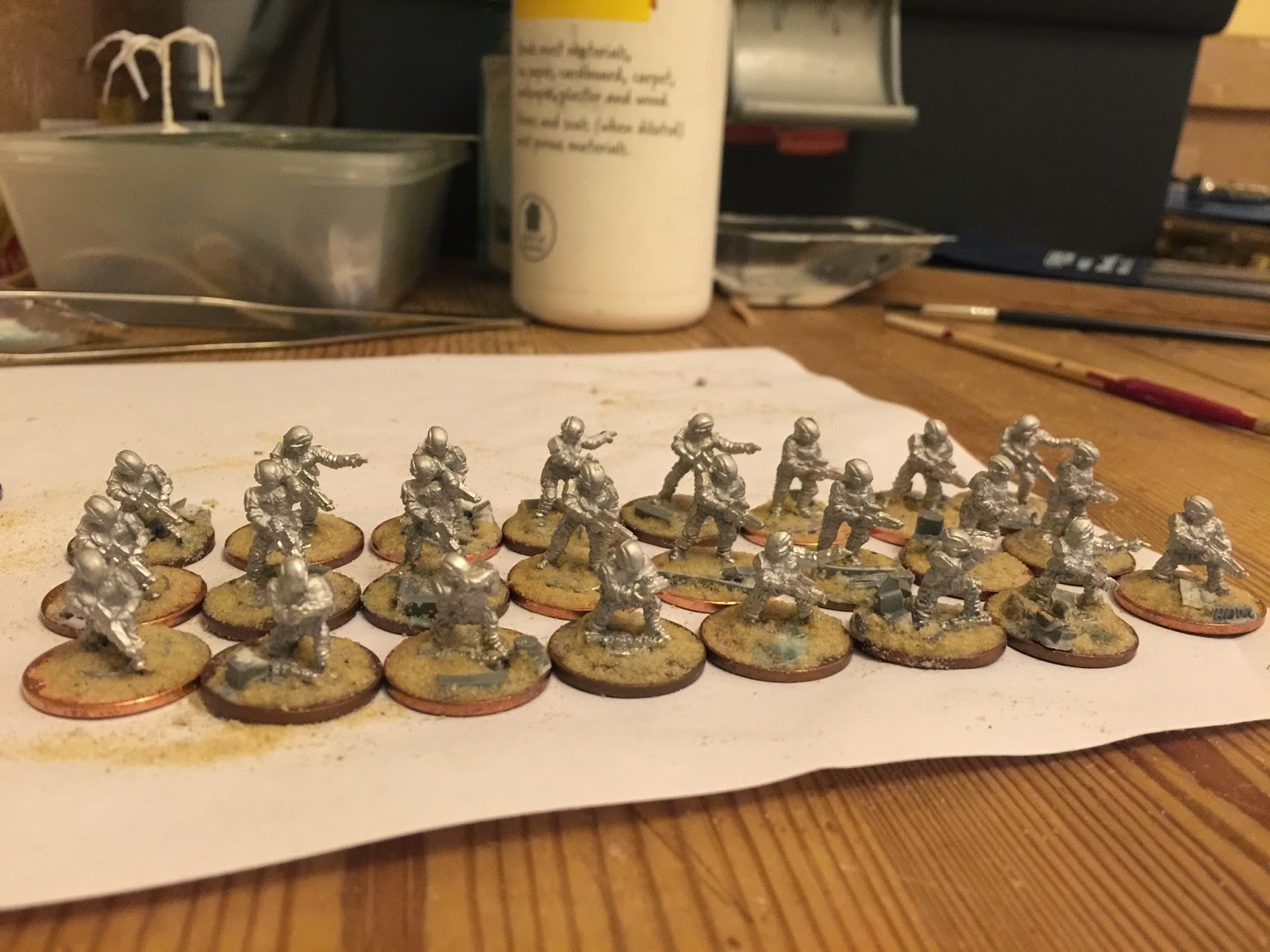 UNSC Line troops. Based on pennies 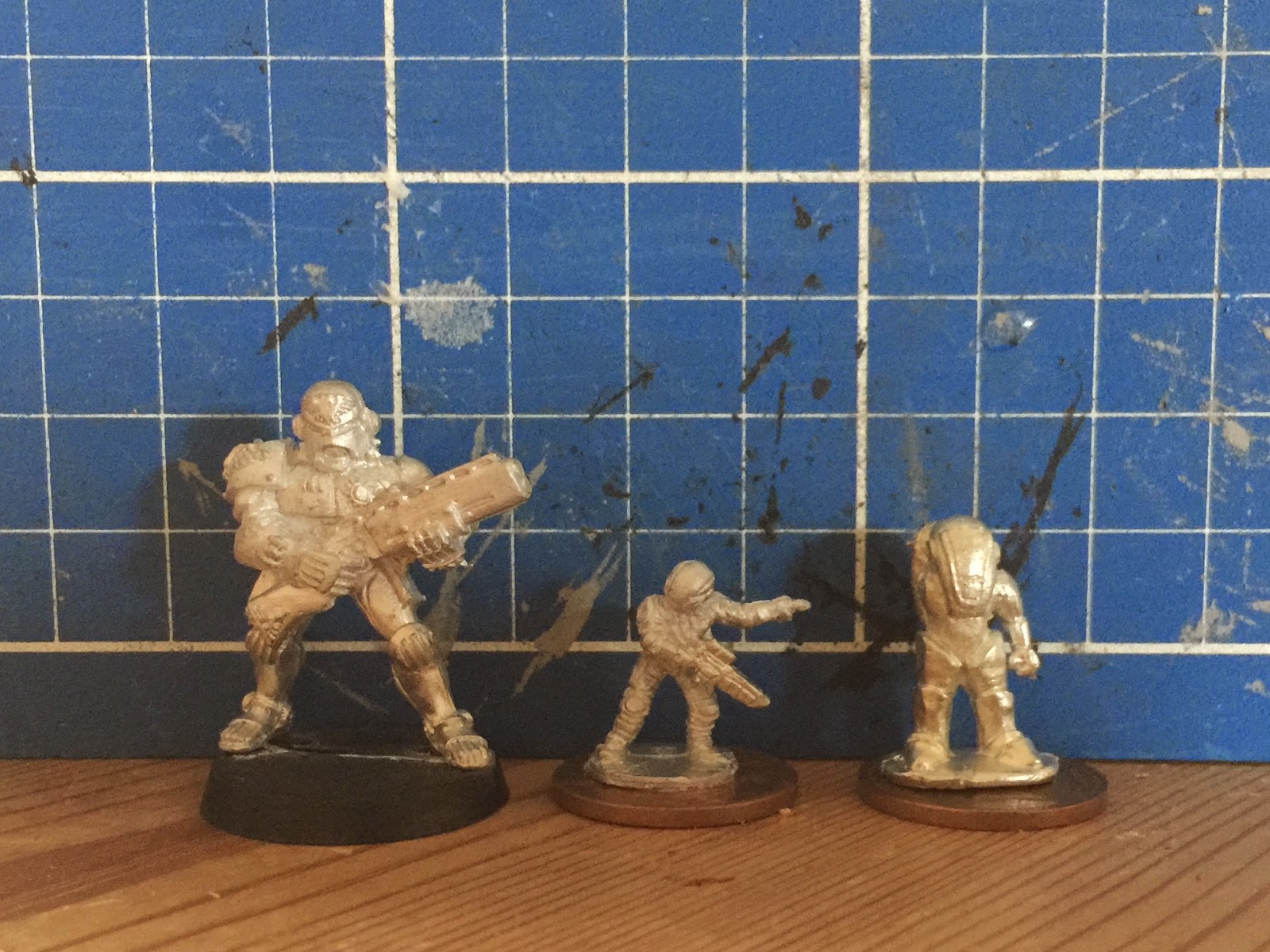