In a series of load croaks and burps, clicks and wet cries the Warriors moved in behind the looming shadow of the Shogra as it moved off towards their prey
Ulac was first warrior of his Scale which comprised of six C'thunian Warriors including himself as First and bearer of the Bright Princes holy sigil


His Scale was joined by another, that of brother Amol, and together they flanked the great Shogra and formed the Stalking Beast, the Speartip that was pointed at the slumbering Ridend village and would soon drive deep into its heart.

With the Shogra completed I have been working (between too many other projects and attempts at completions!)  on the C'thunian Warrior units which are the line troops of the C'thu. I usually field two units and have them support the Shogra and get the benefit of the Stalking Beast Formation
The paint scheme for them has been taken from other elements of the army, skin as the Shogra and armour the same as the C'tharacs. 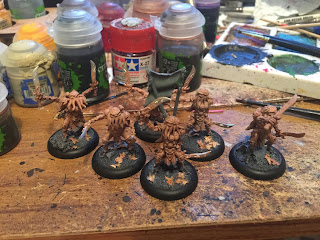 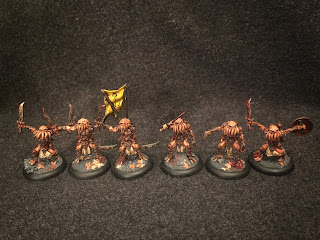 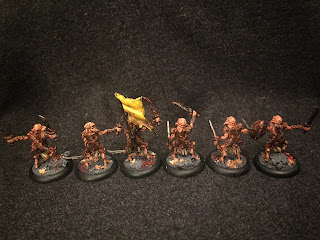 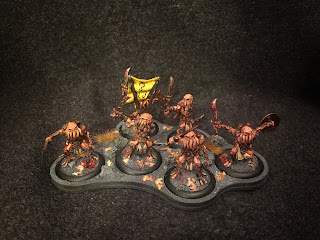 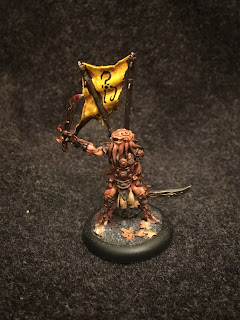 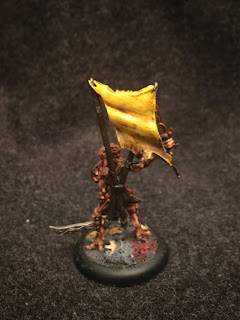 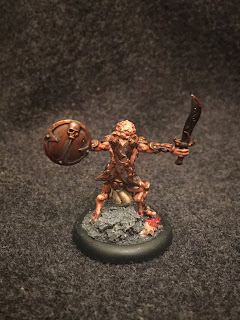 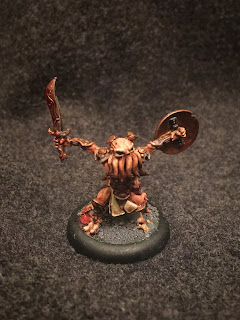 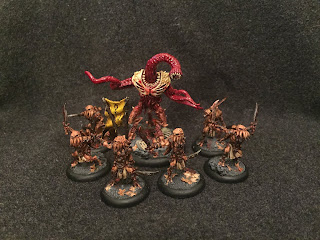 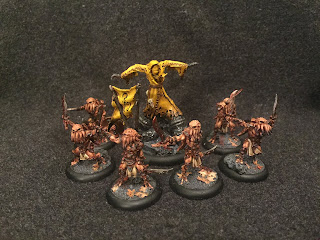 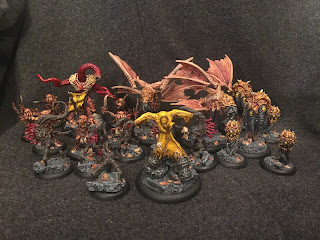 The Church of the Dead Sun