Browsing through the web I have come across Tor Gaming and their 30mm Relics game.

The figures have a great look to them, especially the stitched up puppets as soldiers. I have not done 30mm before but i like the potential of extra detail and a more intimate skirmish feel, looking over their online store the prices are not bad as well so might pick some up just to paint if nothing else.
Looking over the website they seem to have taken the time to build a strong backstory which is always going to be a pull for me and with their rules going for free I can use some proxies and give it a test drive.
The company are also running a mystery box promotion at the moment so its worth popping over to the site to have a look and enter as well!

I will follow up once I have tried out the Rules and picked up some figures!

Tor Gaming
Posted by Benamon at 14:33 No comments:

Pinterest is a tagging website that allows you build up collections called Boards of what ever you find on the Internet or upload yourself. Most websites now have Pinterest links (Pins) in the same way you can add to Facebook or Twitter or you can add you can add a browser widget. Within the site you can view your boards and also follow the boards of others as well which can fast build up to a extensive feed of inspiration.
I use Pinterest as an ideas and inspiration board for several of my hobbies and have boards dedicated to wargaming, Robots, and Sci-fi which may be of interest:

With the release of the trailer for the next Star Wars film i was taken by the new retro speeder and decided to have a go for my 15mm Faction.
The ground forces for my Sci Fi Faction are from Ground Zero Games UNSC range and based the conversion on their Grav Bike, this would give me a rider and help the piece to scale.
For the front bulk I will be using a pen lid from a Highlighter Pen. 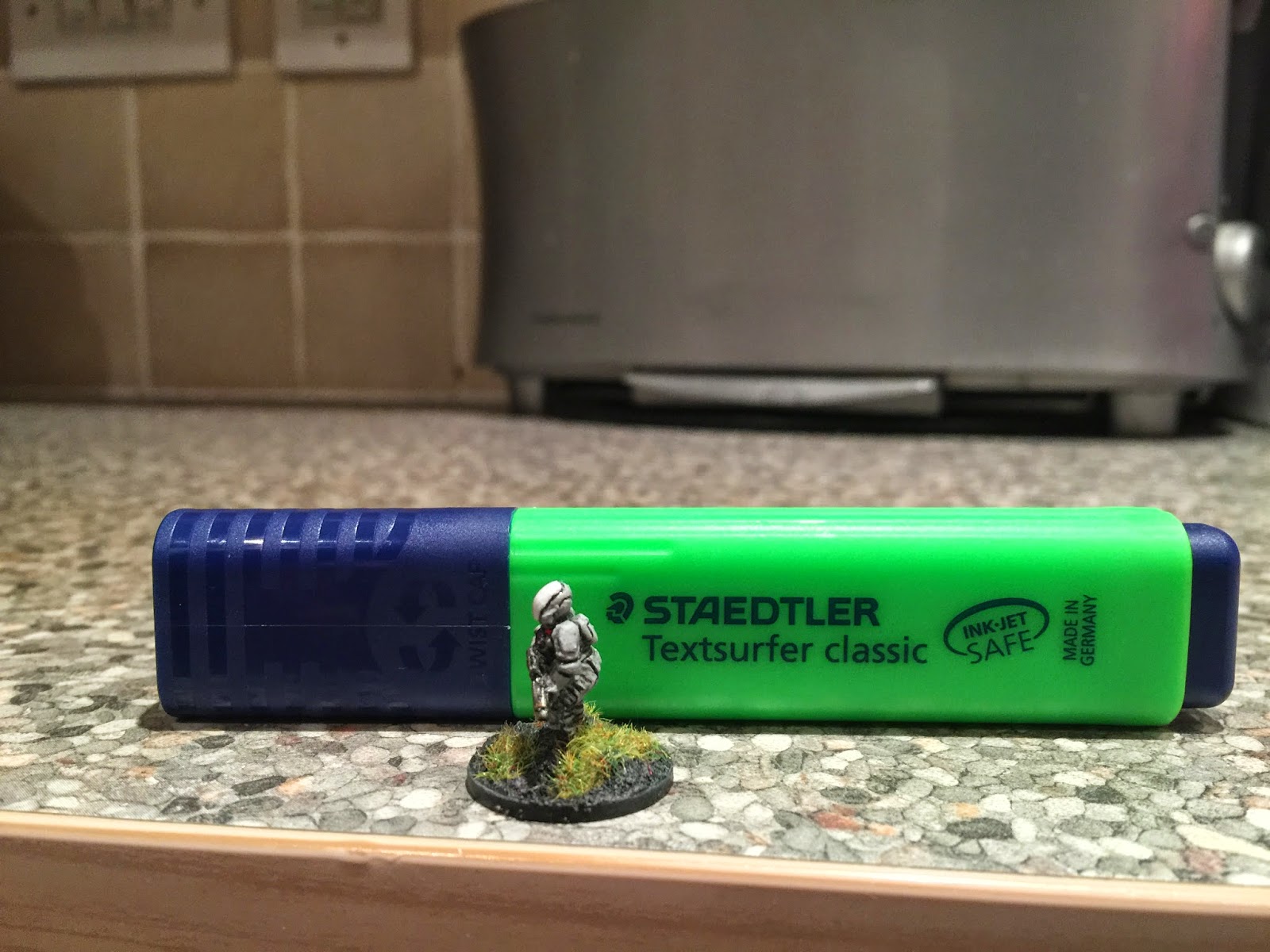 The Clip from the Pen lid was removed and back of the Grav bike was filed flat with the saddle and the side panels removed. 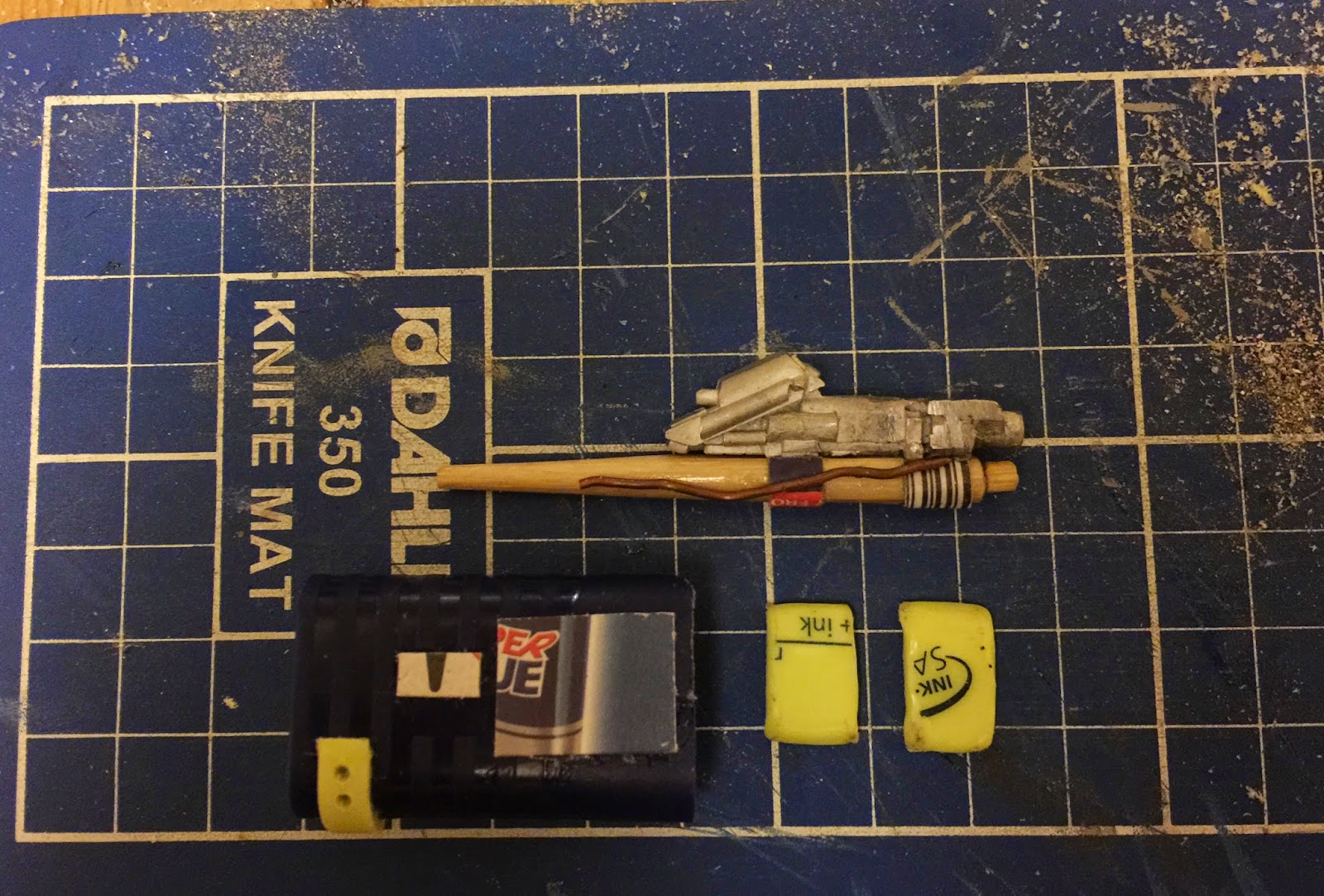 It was then glued to part of a chop stick (flatter so better than just dowelling) with copper wire  and strips of card added to it and the main body. The bottom rim was added from another section of the pen with holes drilled while the fins were other sections filed and heat bent - I will probably use Plasticard if I do any more. The top of the lid was also filed in to give a cockpit recess. 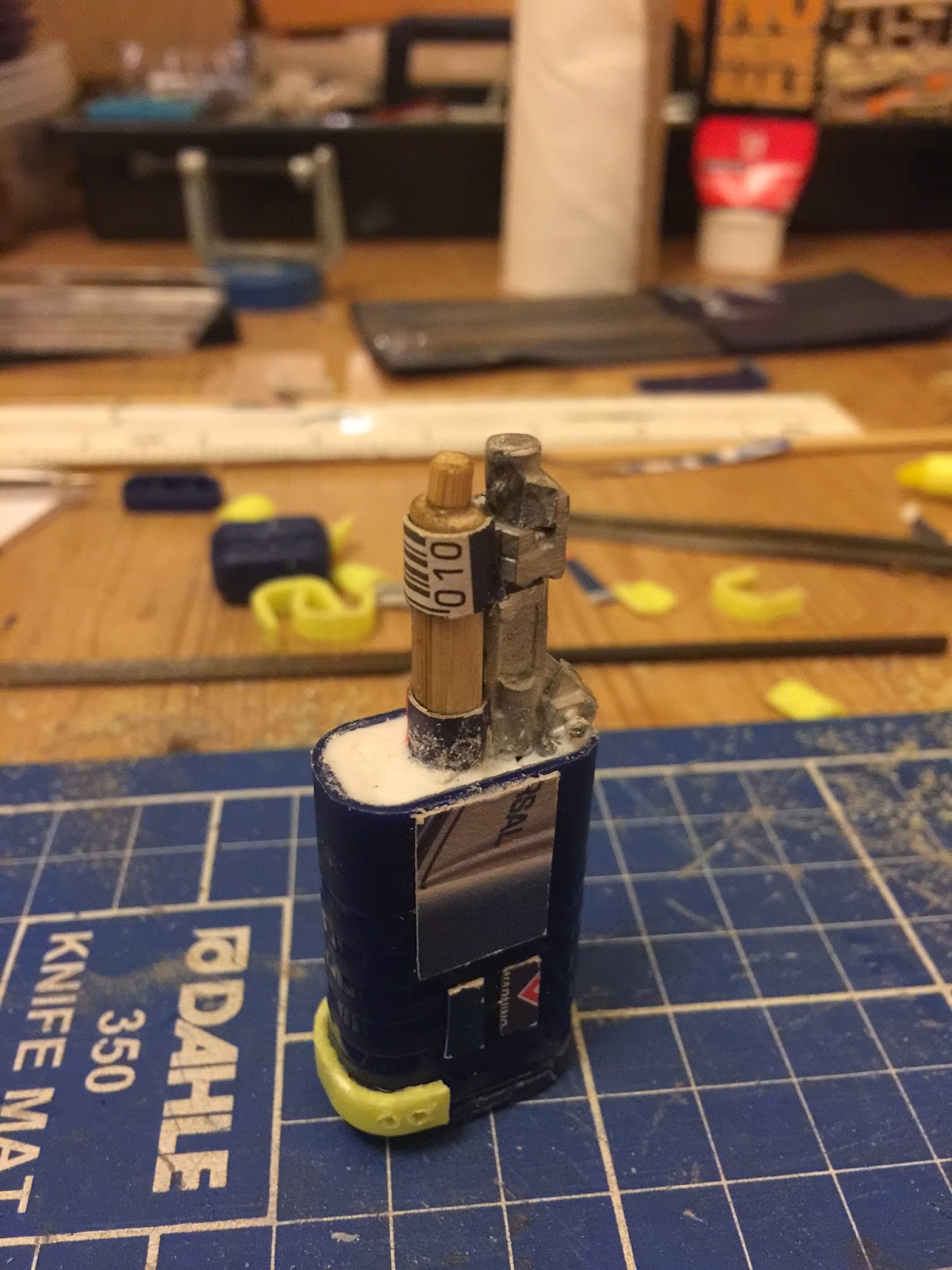 The extra dowelling was stuck where the pen would be and the space filled with NoMoreNails mixture which will keep the parts secure and act as a filler. 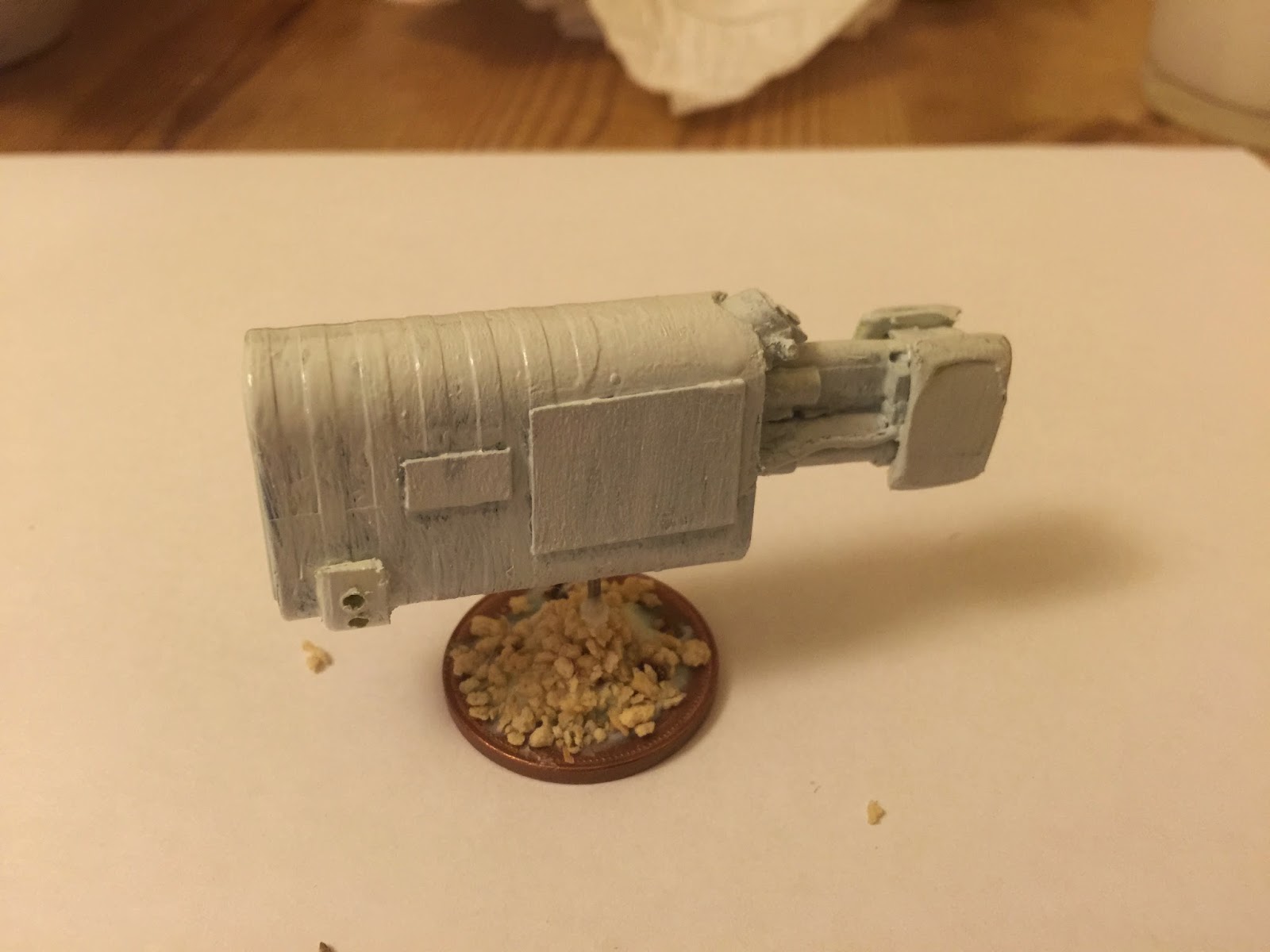 Piece base coated and based. Two Pence piece with sand build up with NoMoreNails 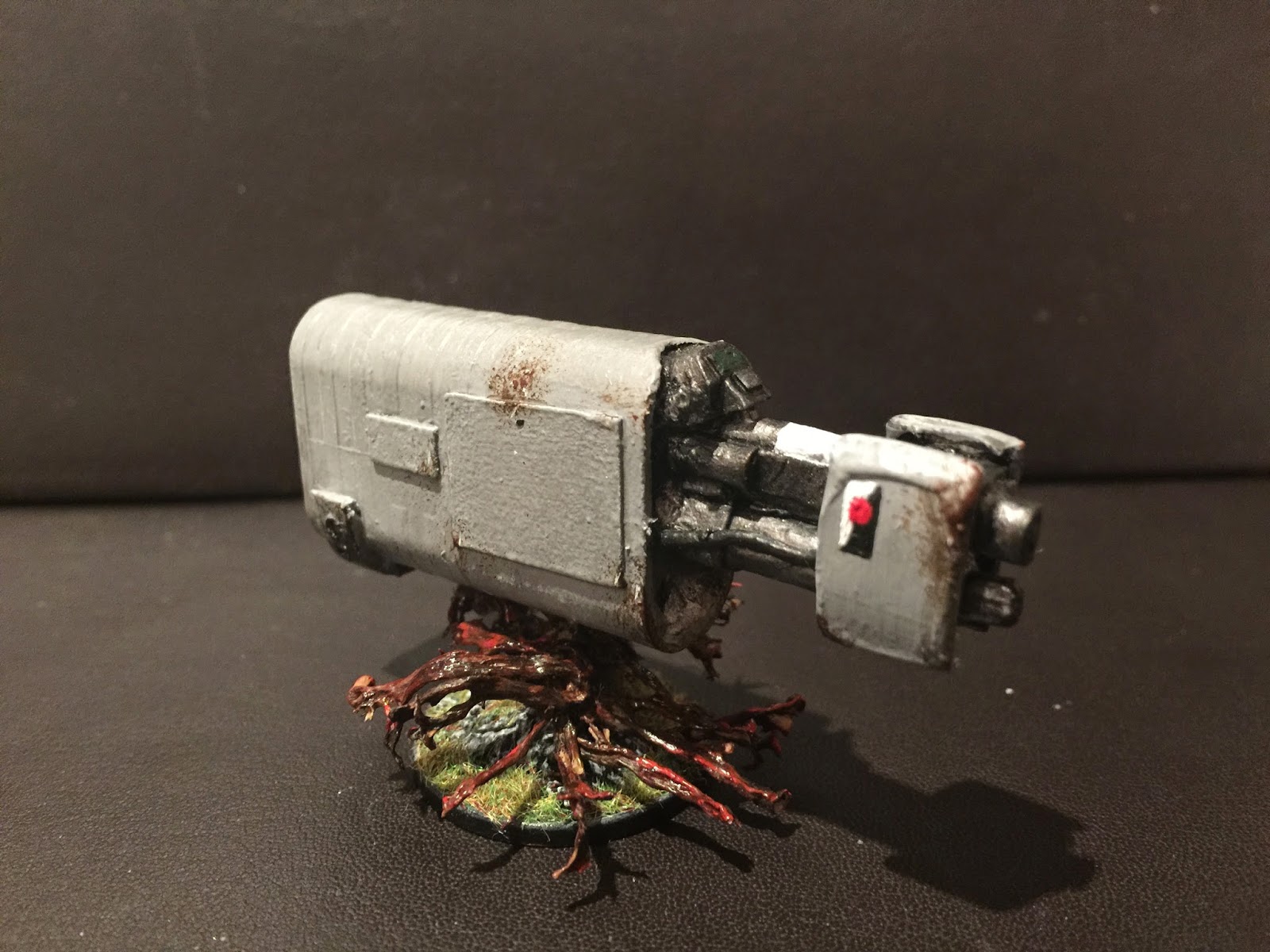 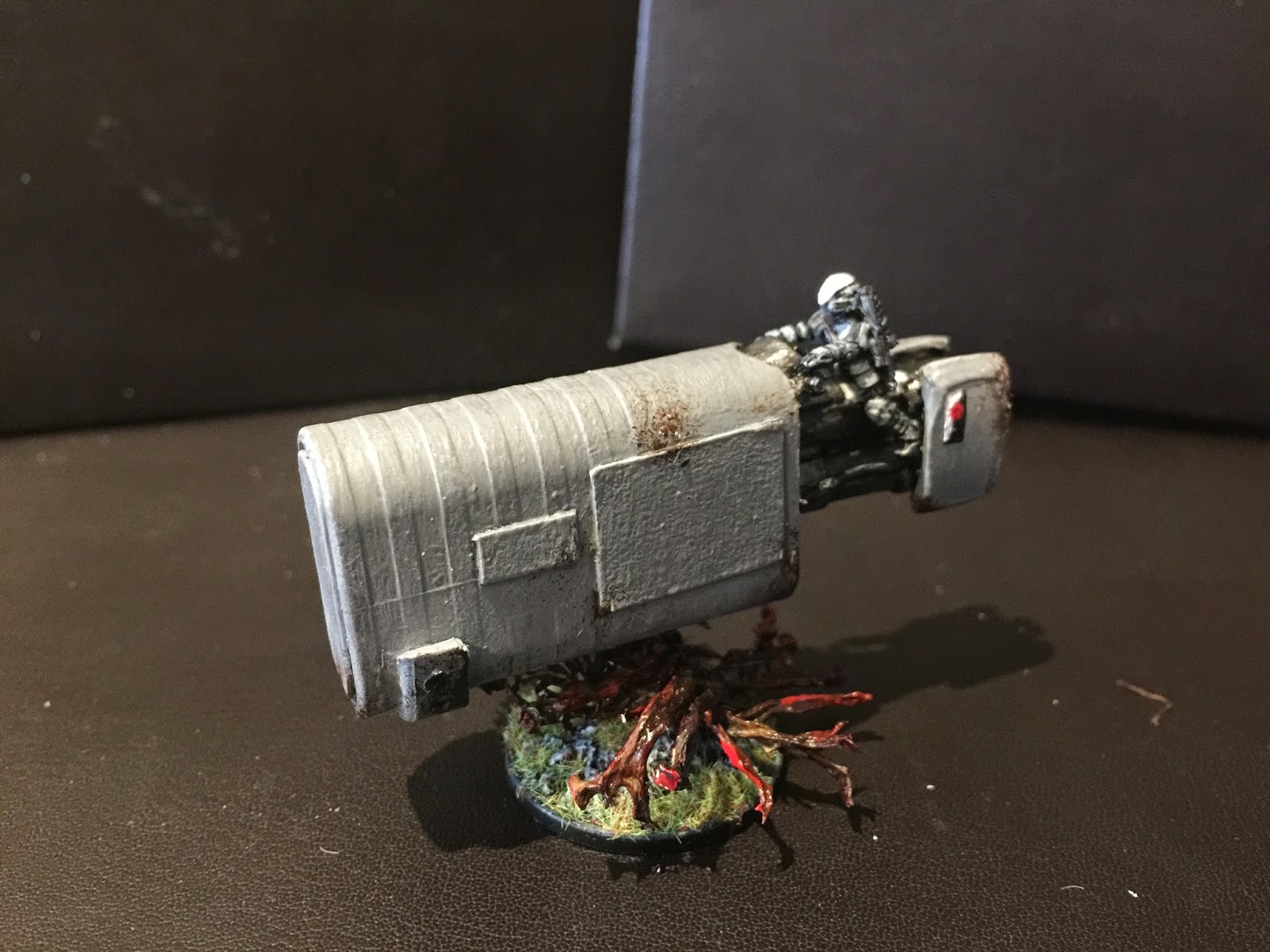 The final Speeder bike with and without rider. I have gone for quite a weather look as these will be used as Heavy/long range Scouts.

17 Days into 2015 and I have not had chance to do much painting, plenty of time on ebay (more on that  later!) and time to reorganise and take stock of what I have got in terms of paints, equipment and Bitz. When I started back in the hobby I was digging out supplies that had been in deep storage but very glad I kept them and other than some new paints the biggest item on my wish list is a new scalpel and saw as  I was luckily enough to get a mini grinder over the holiday.
Plans for 2015 are to continue with my 15mm factions, break ground with my Amtrak Wars project, probably starting with one of the Gliders and also to look into Warhammer 40K again.. 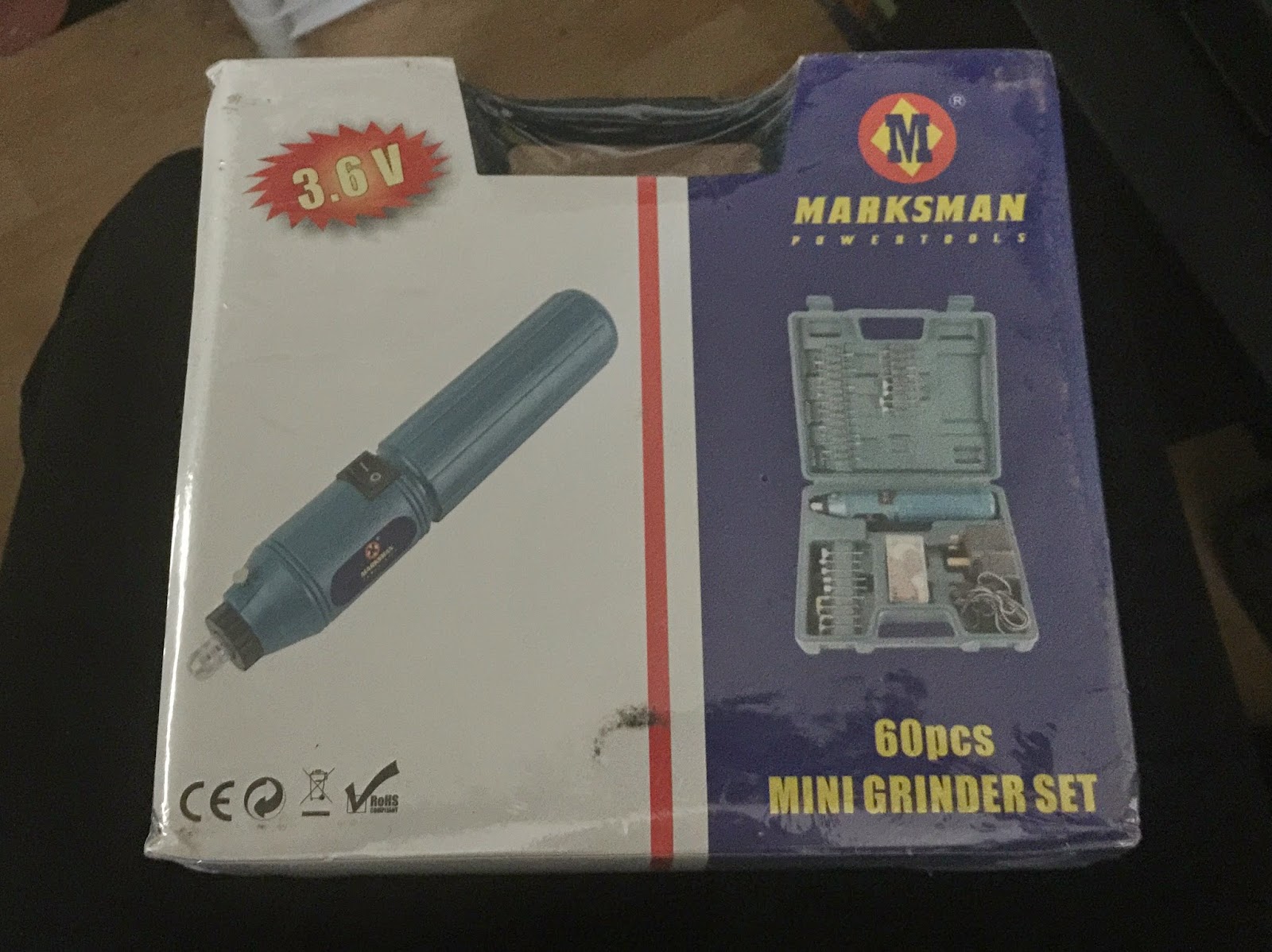