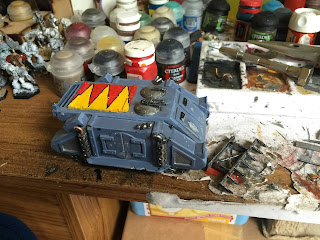 As much as i enjoy painting and with the Dusk Raiders i am trying to make a point of painting them individually and get the best out of them, i like to alternate what I do and usually paint a couple and then pick a character or work on some building, be that a conversion or terrain piece.
I want to add some vehicles to the Dusk Raiders force and managed to pick up a couple of cheap battered Rhinos on eBay.
The Space Wolf Rhino did not need to too much work, several of the exhausts needed turning round and i replaced one with a section of copper wire. I also magnetised the front spikes, partly for ease of transport (the barbed wire is held on only by the magnets) 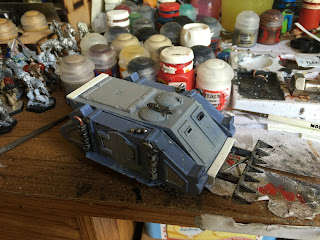 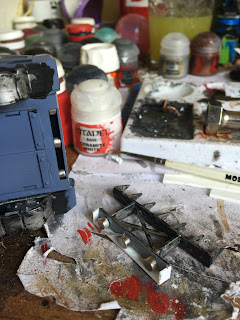 The paintwork was not too thick so rather than try and strip it I settled on just going over it, undercoating in GW Dawnstone  before laying on the new livery 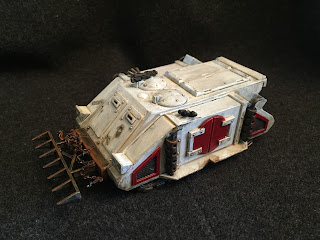 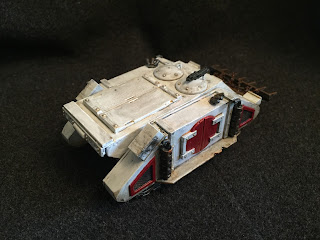 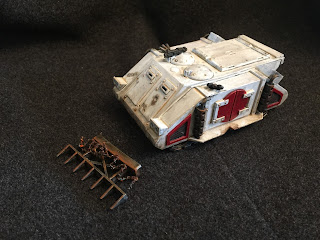 Just need to add another bolter.

As with the rest of the rest of the force painted so far i have not added any icons etc and intend to batch the group with they are all finished
Posted by Benamon at 02:58 No comments:

(A little bit of catchup with these posts) 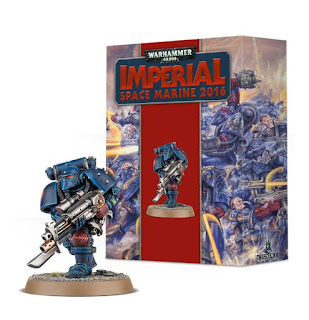 With all the drama around the 2016 Space Marine limited Edition release I thought I would move my original version to the top of the paint pile. Back in the day I was never a huge fan of the first releases, I felt the feet let them down and looked more like armoured socks. The rerelease stays faithful to the original and seems to fix that one gripe, thickening out the ankles and feet perfectly.
Painting the original was a real pleasure will certainly look to getting some more if the opportunity arrises, and once the prices have fallen again as they have shot up on eBay with the renewed interest unsurprisingly! 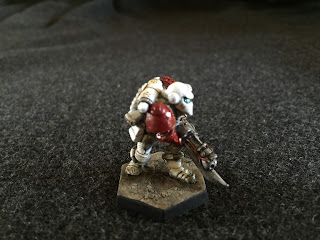 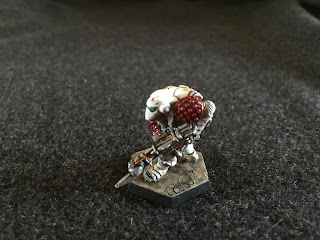 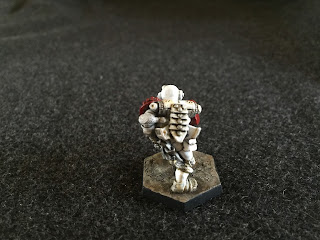 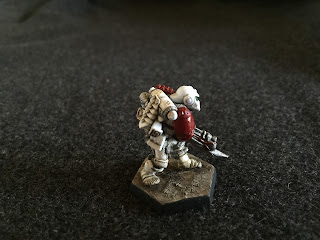 After several trails on paint scheme i have decided on the far right figure, The original Dusk Raiders are described as unpainted ceramite with red shoulder pads and left arm all red. With the Death Guard the unpainted Ceramite became a off white which I prefer, again blending i old old and new old, I will be using the old RT rank and insignia schemes for the marines. 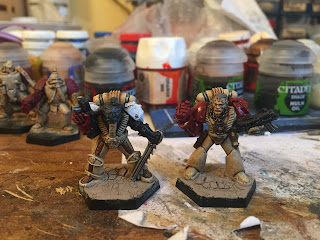 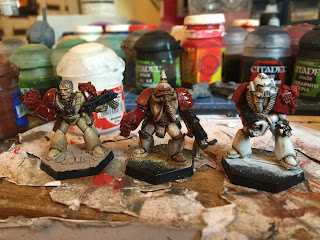 The middle one was a Plague Marine with all the chaos sigils removed and will look at adding some more as they add a nice variation with their retro masks.
between painting I have also done some repair work on a Techmarine, building I'm a new wrench from Plasticard and painted him up in the new scheme. 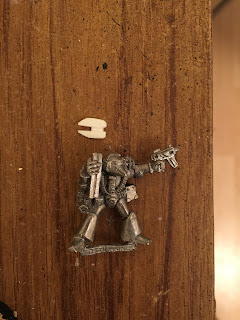 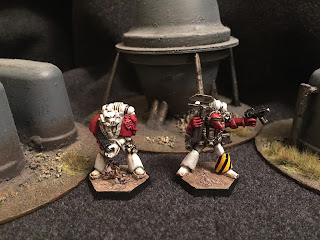 The longer I have found myself back in the hobby the more I have found myself drawn back to what started me out in the first place and the figures I first wanted. After finding the Oldhammer Facebook group I was prompted to dig out my old Rogue Trader rulebook and have started to build a RT force.
Initial plans are for a Space Marine detachment with an Inquisitor or Rogue Trader retinue.

For chapter choice I narrowed it down to Space Sharks, Mentor Legion (the original Owl Badge) but it was this image that finally swung it for me and I have settled on the Dusk Raiders, the original name of the Death Guard Legion before Primarch Mortarion was discovered and given them 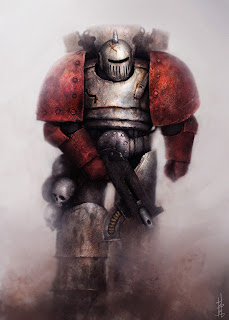 and a mood board of images gathered from the internet 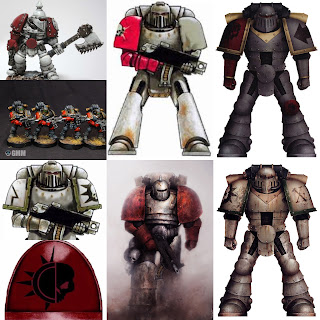 The force will represent both old 'old' in terms of using original RT figures and elements of new 'old' for back story for them. These Dusk Raiders are some of those that survived the betrayal of the Death Guard, the remnants of the Terran recruits who remained loyal to the Emperor and reverted back to calling themselves the Dusk Raiders.

SaveSave
Posted by Benamon at 11:31 No comments: