Hades has not given all their strength to the burning line that marks the Khanates advance, our intelligence operatives have been tracking their deployment following several unusual appearances. They have either withdrawn or refused to support engagements and seemly rerouted to sites of no identified military significance. Archivists have been able to reconstruct some early Khanate records and the locations match up to previous Hade's strongholds.
It has been postulated that they are searching for something, whether it is part of this new war or left from the last one it is not clear. The theorized assets have been coded Hade's vaults and although we do not have the resources to formulate our own leads a strike force is being assembled. If what they seek is found I hope we are not too late.

Taking a break from my Malig Horde I have assembled a Giant Mechanoid to support them. The Metaborg are an archaic, erratic and brutal war machines and appeal both in sculpt and story.
i envisioned deep bunkers filled with dormant Metaborg left as the Khanate retreated. Over time these have become hidden and now as Hades Legion returns they are searching them out to bolster their forces and regain what was once theirs.

The original sculpt is one of two models in the range and is my favourite, a great pose with a predatory feel and braced behind the weapon mount. The sculpt was originally made for 28mm and has a Retained Knight helmet in the base which I have covered up with cork and gravel. I also trimmed off some of the base around the feet before mounting 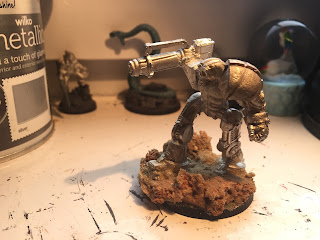 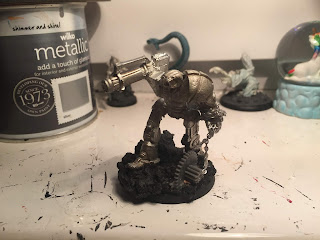 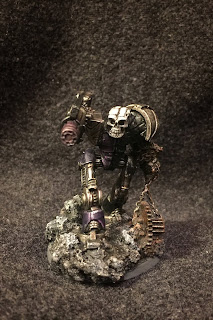 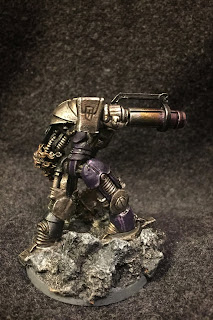 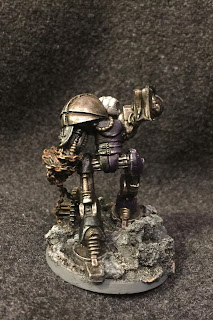 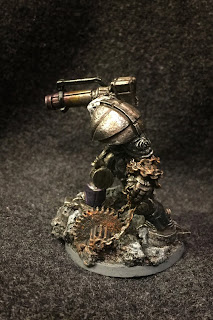 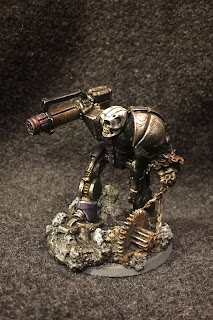 The Lithic Assumption, the start of background material for my interplanetary realm. This will be an independent creation that draws on the Alternative Armies Ion Age universe but will give me a setting that I can fit into any game system like Rogue Trader

Nearly 400 years ago the Ark ship Monolith discovered the Myra system and a fertile mineral-rich planet which would become known as Junction. 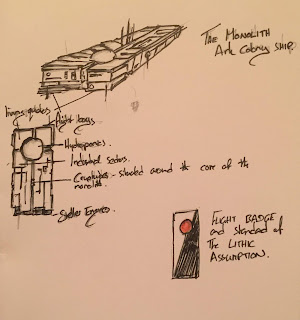 Initial sketch of the Monolith

As exploratory data came into the command deck the news was met with mixed reactions. The ships commander, Captain Nico Argos saw only a waypoint on a journey of exploration that still had uncharted regions before it. His second was Navigator Elizabeta Spyre, she saw an end to their journey and petitioned to stop and settle.

The discovery of Junction had divided the crew and following weeks of deliberations and increasing tensions between the Spacer faction led by Captain Argos and the Lander faction led by Navigator Spyre, it was decided to divide the ship's resources to support the Landers while the Monolith would continue to into the uncharted territories. The Landers were frustrated they could not use the vast resource of the Monolith itself but agreed to the compromise, though many were secretly relieved as they had grown fond and loyal to the great ship that had been their world for so long.

With any territory under its control being 'Assumed and taking the crews common abbreviation of the Monolith, the Lith, the planet was the first to be declared part of the newly founded Lithic Assumption.

Monolith City was founded and over the following centuries, the Colony thrived and expanded, first over Junction and then back out into the stars and control two more star systems. 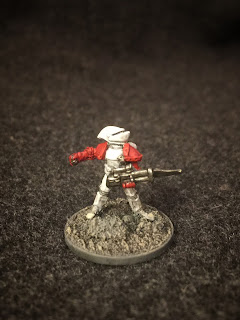 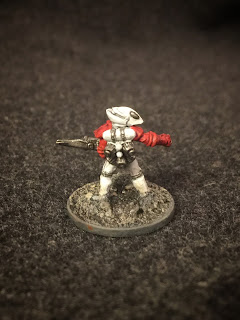 
The more aggressive Spacer faction have pushed for allying with one league and taking advantage of the conflict to expand Assumption holdings and influence while some elements have even gone so far to form a Condot company from their Prefecture troops and have fought under the name of the Lithic Free Company. 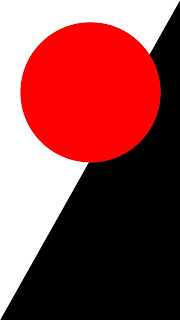 Colours of the Lithic Assumption

Junction was named after initial pics of the planet showed a globe covered in crisscrossed lines like a train station junction. When planetfall was made it was discovered that the planet was covered in a series of mountain ranges and long valleys. Following a huge asteroid strike during the formation of the planet a particularly large number of tectonic plates were formed which has led to very mountainous regions. There are high levels of mineral deposits and fertile valley soil

Monolith City is the site of the original colony landing and was found within the remains of a huge crater and one of the largest open areas on the main continent.

Weather in Junction varies greatly between the valley base and top regions. Temperate bases and areas of high wind above which can make travel difficult and led to the development of specialist flyers designed to deal with travelling at low levels and often narrow valleys

The office of First Minister has been in the hands of the family of Navigator Elizabeta Spyre.

Within the political system, there are two loose political groupings, named after the original settlement factions, the Spacers and Landers. Spacer Prefects tend to be more aggressive and expansionists and are usually from the more urban Prefectures. Lander Prefects are usually from the more rural and industrial Prefectures and lean toward more peaceful and welfare-based policies and priorities and tend to be more isolationist. 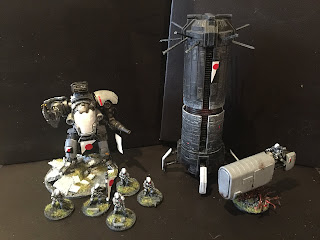 Expeditionary detachment  from the Monolith

(Figures from a foray into 15mm several years ago. Now unfortunately sold)

...INQUIRY
...Shia Khan
...ACCESS DIRECTORY
...Hades Legion
...ACCESS DIRECTORY
...Neocastle Report/Opening statement
...The name is of Styx is well known throughout the Precinct, Foremost of the Shia Khan's legions.
But as the Matter Gateway stands open other Legions are emerging and building their own reputations
Recent reports has identified Hades Legion amongst the invasion forces and records from the first Khanate have confirmed this.
Hades Legion was recorded as the first Legion under the Khan, clearly there has been a change in fortunes with Styx now in their place but Hades have lost none of their arrogance and are noted as a brutal Legion, even for the Khanate. Legion tactics favour orbital bombardments and heavy assault with high deployments of Pioneers and Armoured units.
They are a Hammer and care little where it lands.

Firstly to paint up the figures I have had boxed up for many years and then to expand with a small Shia khan and then a Prydian battlegroup. 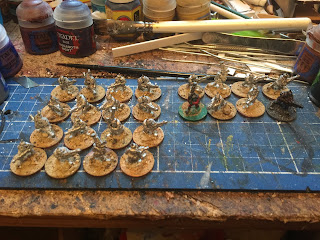 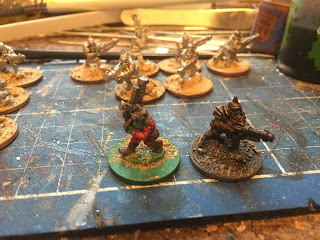 On the left painted 10+ years ago and test model with new paint scheme. 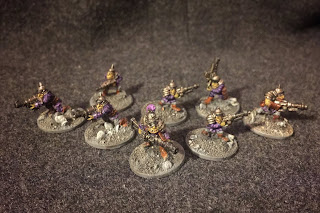 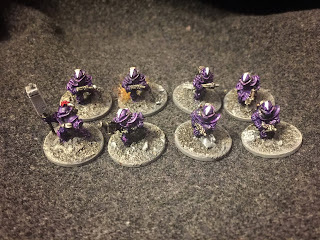 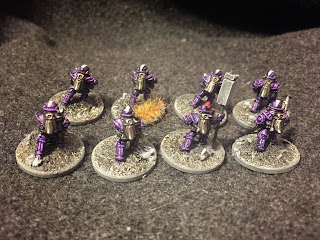 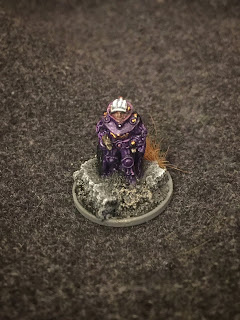 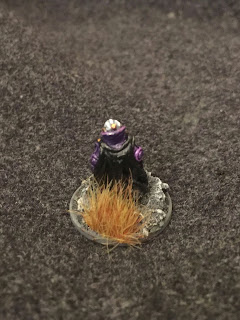 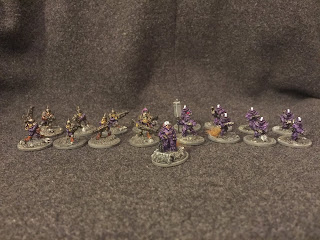 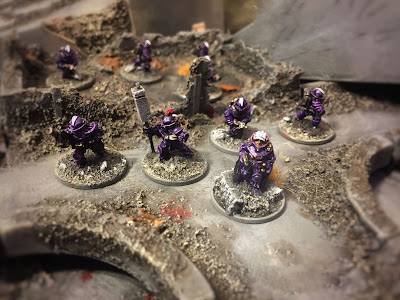