The sensor light flashed and triggered a stream of data to scroll across the previously dormant parameter screen. Officer Freya Glas punched the duty alarm that would wake up the rest of her unit from their sleep rotation and began to suit up as she glanced over the screen. Listening to the others gathering on the hatch floor below her she rechecked her weapon clip and smiled, catching fragments of sarcastic banter and grumbles from the team. Once this would have intimidated her but now it was a comradely comfort, the squad renewing their bonds and exercising their own nervousness before the mission

Born to the parents of Prefect Administrators, she grew up in Crater Wall South a well off suburb Prefect outside Monolith City. Educated with the expectation she would join the civil service  she had given her future little thought but when the time came for her to start her Planetary Service it seemed to wake something within her and she signed up to frontline duty within the Militia. Her parents were concerned and implored her to take a safer post but she was adamant and after excelling during basic training, she was accelerated to the command track and found herself on Fate as second officer in a border listening station.

" Squad Assembled, Ma'am " called up Iban Cal, her Communications specialist, and she descended the stairs and led them to the garage that lay at the base of the station. Mounting their  Recon Adders, the squad sped out of the station and into the state grey landscape of Fate.

Sorting though a bits box I found several of the 28mm Ion Age figures I had picked up 20+ years ago and had originally intended to use them as a state terrain but then found the remaining two figures from the set and decided to see what I could do with them, and if nothing else use them as a trial run for their 15mm equivalents! 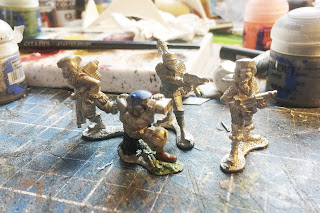 Cant remember when I picked these up ( might have been my brothers!) and never really looked at them until now and appreciate the quality of the sculpts. Post modern with a subtle sci-fi detail.

I wanted to keep the style fairly realistic, for the Lithic Assumption these are the Territorial Army, The National Guard of the Armed Forces, but also those with the most local knowledge and tracker/Guerrilla skills. I have not done any figures in Camo pattern before and settled on an urban pattern based off the classic Rogue Trader Imperial Guard stripes 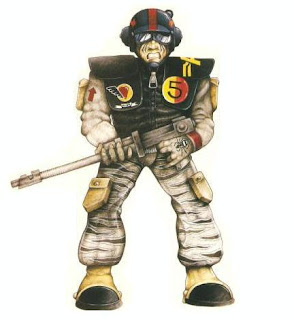 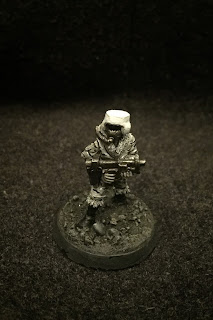 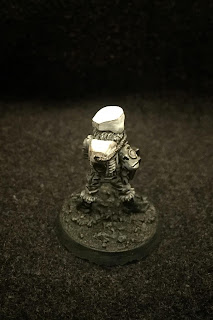 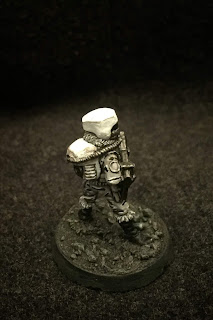 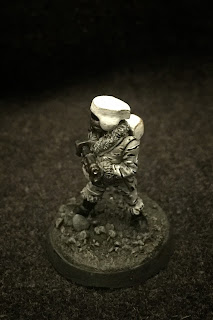 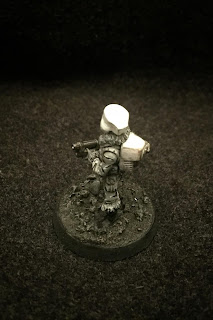 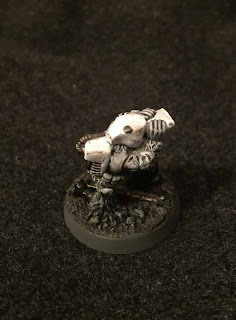 Detail of the dropped weapon 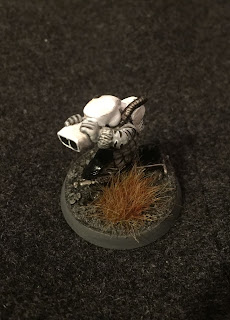 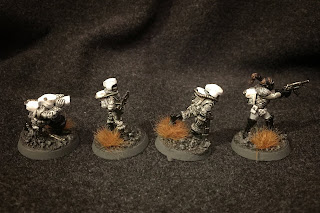 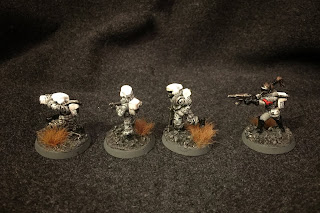 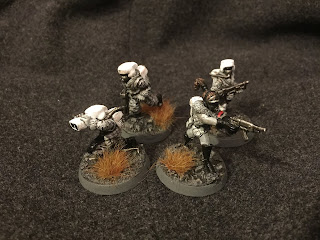 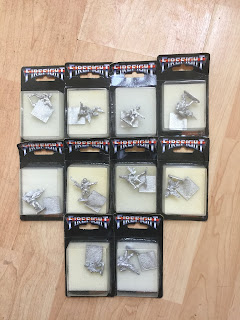 My most recent acquisition on ebay has given me quite a variety of Ion Age 28m to make up and enjoy opening a blister pack again!