With my first order of Gripping Beast figures on the way I have decided to start on some terrain to get myself in the mood. For my first two pieces i have settled on a Norse monumental stones and a well. The well will be the start of a village set and i will also be able to use it in my Bloodbath at Orc's drift collection.
My ideas for the monument was a couple of studying stones with half worn carvings the could act as a feature piece but also act as cover.
I had a small collection of Bark pieces that could be reused as Standing stones and are soft enough to carve into with some ease. The larger has a stylised Raven on one side and on the other  is a half worn image of Yggdrasil. The other has some knot work. The two pieces have been mounted on card and a CD disc as with my previous terrain pieces.
The well was created from a section of Tin Foil card roll and the base edged with some larger stones made from lollypop stick wood.
So far they surface has been covered with NoMOreNails and topped with sand and gravel with a PVA cover. 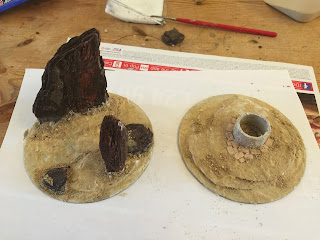 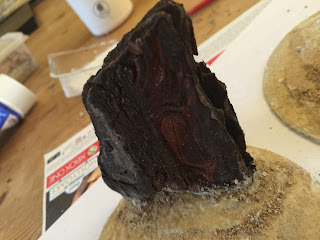 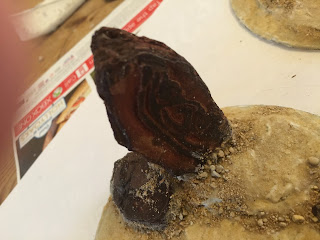 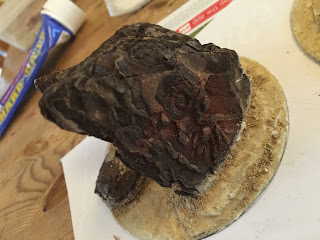 I have been a little quiet of late, but only online so have a bit to catch up regarding numerous projects and a couple of new ones
Between the various GW forces I have also made a break into the world of Gripping Beast and their Dark Age system.
I recently started watching the History channel series Viking which has rekindled my interested in 'Dark Age' history. 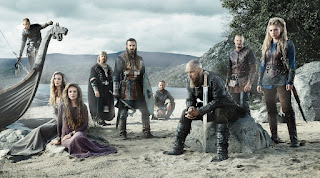 Gripping Beast produces a skirmish system for a range of 8-9th century races from the Vikings to Normans and Saxons. They also produce their own figures, both metal and plastic at a very reasonable cost, £33 can get you a full starter warband of 25 figures while the plastic unit boxes which go for around £20 will give you enough for 44 figures!
I had toyed with the idea of going for 15mm figures but sticking with 28mm I will be able to use my existing terrain and also reuse any I make for these figures, I already have an idea for some pieces and a village...
For my first purchase I have gone for the Gripping Beast Hirdmen box, watch this space for more when it arrives

History.com
Posted by Benamon at 16:18 No comments: