The Village for the Stone Branch Orcnar Tribe has finally reached an ending.

This has been my largest terrain piece and have been working on it on and off since last September and had an extra glitch when the paint I had been using was discontinued! The brown had been a Java Brown from Wilko but I was able to sort out a close match using Dulux colour match service!
But I am very pleased to have reached a level of playable completion. I plan to go back at various points and add more details, objects and debris around the huts and maybe some glyphs, a skin frame and trophy skulls. I will also be adding a alternate centrepiece, a rock outcrop with a tree on the top ( exposed roots bonsai style ) with a stone branch. 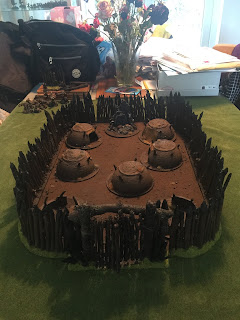 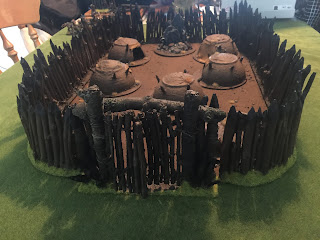 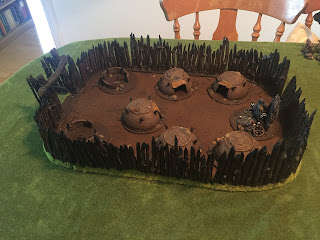 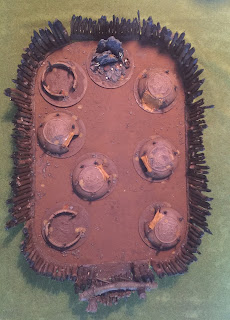 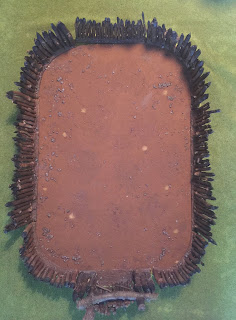 Top view of empty village. The green mat is a Games Workshop battle mat and I wanted the inside worn. I made a flexible canvas mat in the enclosure shape using the technique on this blog (http://tobispaintpot.blogspot.com/2012/10/a-new-horizon-tutorial-for-flexible.html ) as i did not need a whole landscape I used a blank Picture canvas from the Works, painting it on the frame and then cutting it out afterwards removed the need to pin it to avoid shrinkage. 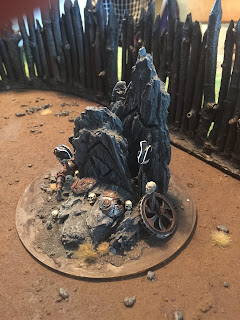 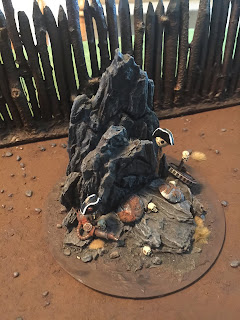 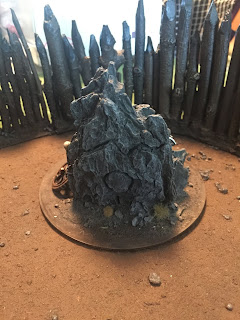 Close up shots of the war shrine 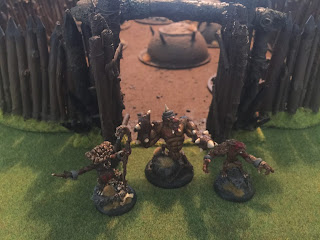 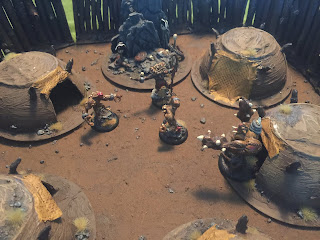 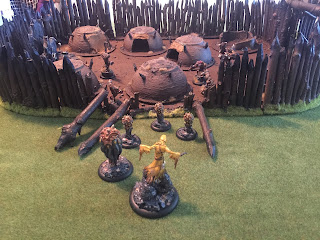 C'thu forces under the Bright Prince breach the wall 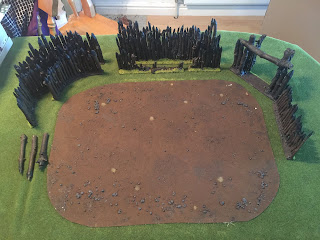 All the wall sections and mat 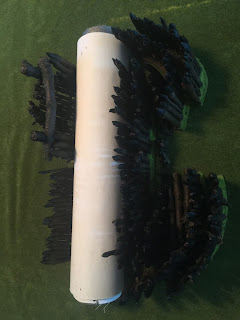 The village is ready to play and should be getting its debut at my local club ( Barb's Models and Games, Redruth, Cornwall) next week, my besieged Orcnar against a combined Vaettir and Ridend assault!

It has been quite a while since my last post. Work has been very demanding and the majority of my scant hobby time has been spent on woodwork for the Orcnar stockade 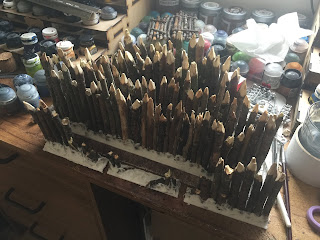 The remaining walls completed with the front parts to make a breached wall section.
To celebrate 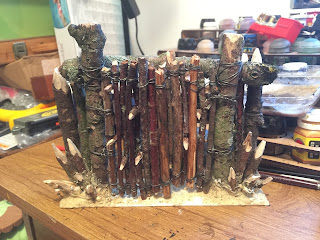 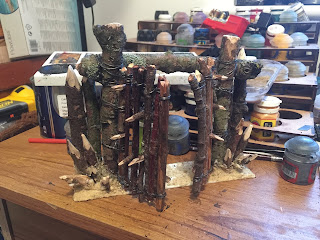 To celebrate the assembly I finished off the Britanan St Nik character and a test trooper ( i had already had too much brown and needed a change!) 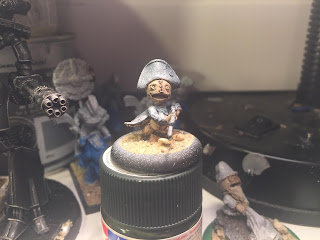 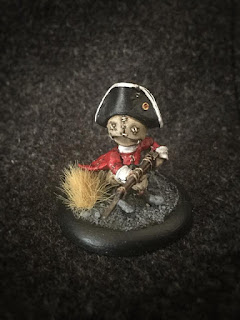 Painted in standard Red and white, I plan on giving other units different coloured edging to the jackets and cuffs 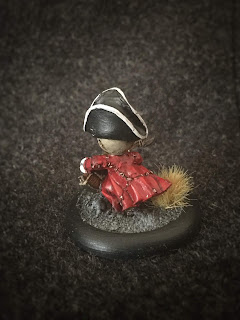 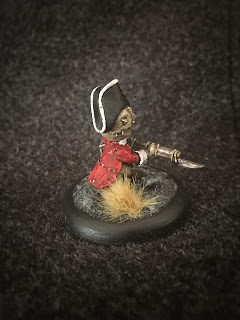 St Nik was a fun figure to paint, loads of detail on his face and real sense of movement to the sculpt as he swings his bag of bits around 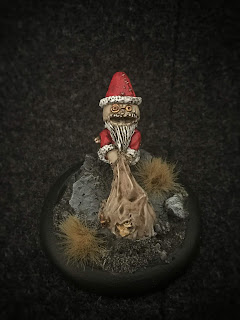 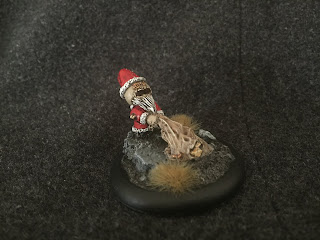 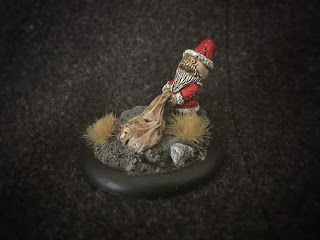 Next will be the grand browning of the Stockade walls and then to alternate between Orcnar and Britanan units for a bit to bring them up to the same strength as my C'thu.