Relics. The Bright Prince and the fall of Sir Mord 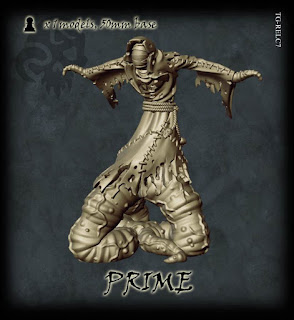 The darkness was silent, even the winds held their breath and the trees stood unmoving like gravestones beneath the moonless sky.
Countless crawling and winged things cowered in the night and prayed to tiny gods that they would not be seen.
The cloud broke and the fat moon shone down and lit up the ragged shape that slid between the trees, withered leaves falling around it like funeral confetti.
Dirty yellow robes hung from a vaguely human shapes but the edges betrayed themselves and damp sleeves lay on dark grey tentacles and beneath the waist, sodden robes lay on a within mass of more, bloated and writhing over each other and the dying earth under them.
Around it hung the scent of opened bodies and dead roses.
Formost of Lord C'thu's Primes, The Bright Prince emerged into the clearing before the hunkered form of the Banished Knight.
With silken word and tarnished coin his sword was bought, the embers of his bitterness and the loss his soul mount turned to serve the Bright Prince's cause and the will of Great C'thu


Inspired by the King in Yellow, the Primes are striking figures that give off a corrupted and corrupting vibe. The Bright Prince references the King in Yellow and is a twisted irony, his bright robes torn and dirty and hiding his ignoble form. 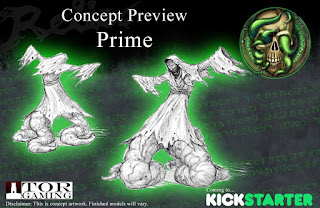 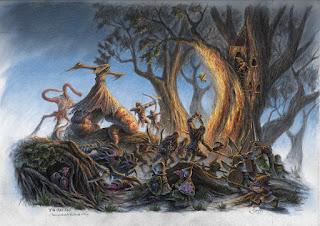 Art work from the Kickstarter 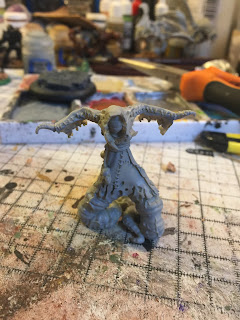 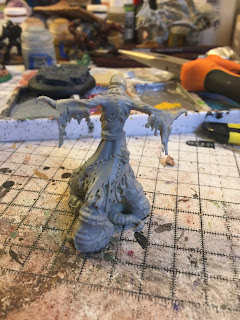 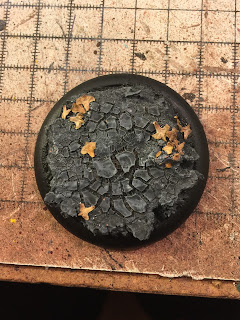 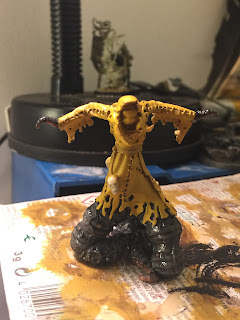 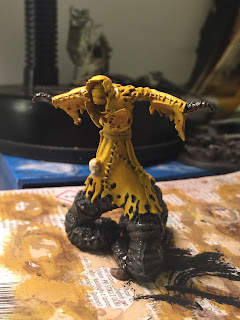 The tentacles were painted in the same way as the C'tharacs and the yellow robes built up using successively lighter colours from a brown base coat. 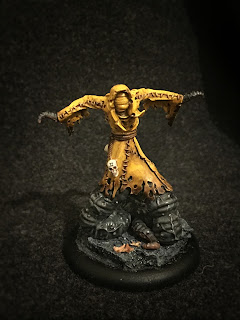 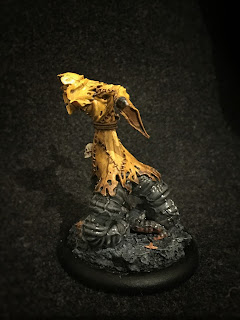 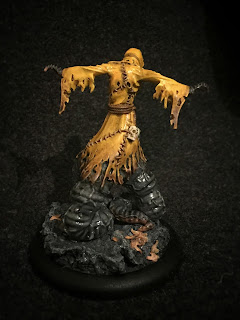 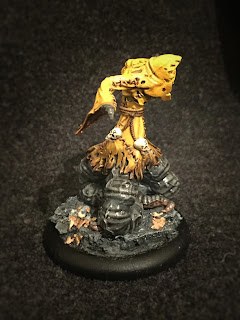 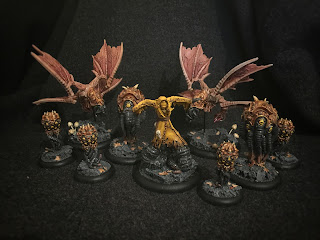 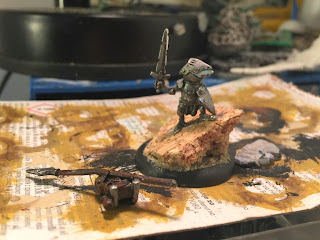 The Banished Knight was from a previously acquired lot. The sword was reshaped and damaged added along with dents to the shield. A new base was built up with cork to make him more imposing 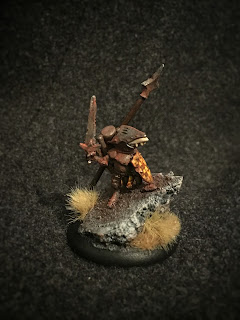 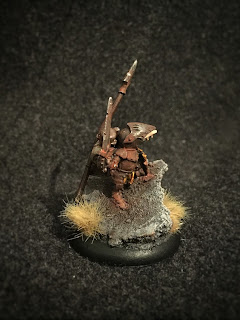 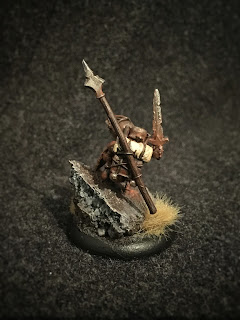 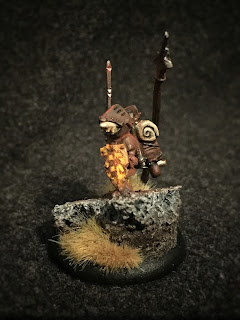 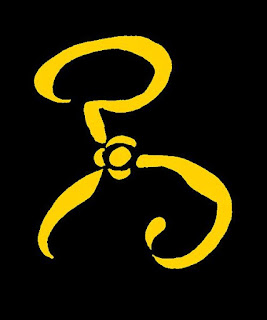