I had not intended to start a dwarf army, not out of any particular issue with the little guys but I just have other races higher up the list! However that list has become undone somewhat by my Bloodbath at Orc's Drift project which once I have all the figures will give me a Dwarf, Orc and Elf force as well as more humans. As part of the Dwarf force I managed to pick up a Dwarf cannon and crew for a couple pounds on Ebay, thinking that if i do want to field them at some point they will want a bit of clout! A bit of a weak justification for adding to my already looming Lead/plastic mountain, but I have used worse!
Being the professionals that they are, I thought the crew would want to defend their artillery and started work on an entrenchment between repainting them. 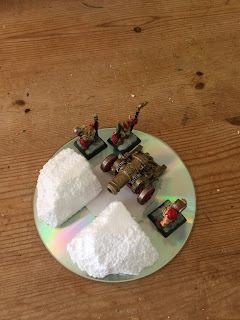 The two hill sections were made of polystyrene and then whole piece was covered with NoMoreNails to seal them and add texture. While the adhesive was dating i also added the wooden walls and platform which were made from slices of lollypop sticks. 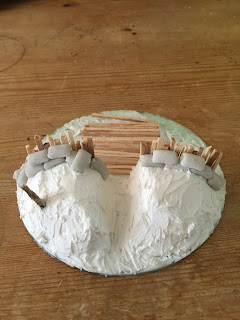 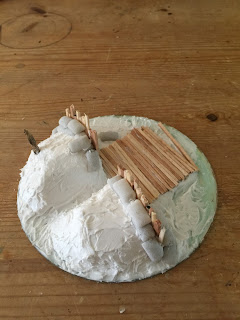 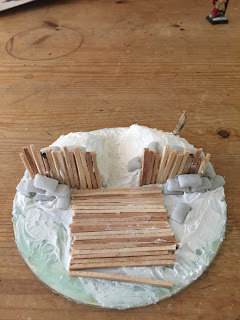 Finally sandbags were added. The sandbags are made by Pegasus Hobbies.
Once the NoMore had dried, I usually leave it overnight, I added sand and Gravel using PVA glue and  sealed it all with another layer of PVA/Water. 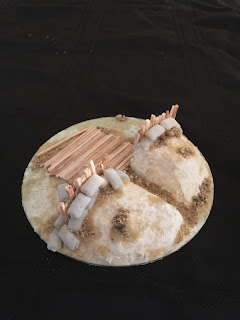 The entrenchment was then painted using GW paints and greenery added. I had thought about leaving it all muddy but i like the contrast between the two sides and I can add the flowers which are a little signature on the bases of 'Good' figures. 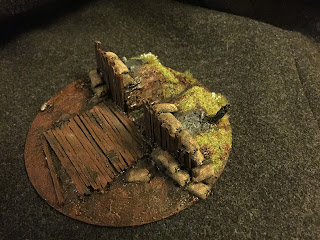 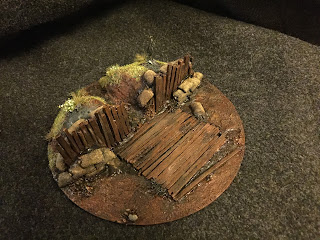 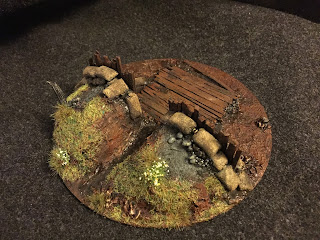 The Cannon is all finished and just the crew to add.. 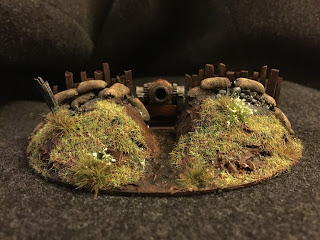 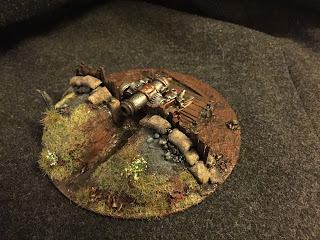 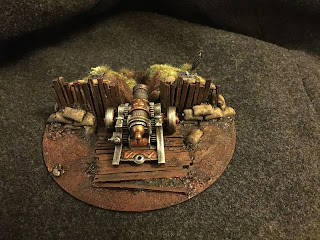 Note: I have made a point of not adding too much detail, graffiti, abandoned shields etc so i can use it for other forces or my 40K game.

Sorting through my old Bitz box I came across a couple of Snotling's hiding in corners.
I never owned an Orc/Goblin force but did have a Pump Waggon and a little Snotling mob just for the   painting, though i did have a plan for a whole stoning army, full of pump waggon's and giggling hordes!
Painting these up has also been a nice test for green skin in preparation for starting my Orc's Drift figures and give them a bit of support/ silliness if I field them independent of the scenario.
The Snotlings will support the Severed hand tribe and plan on a couple more stands and a Pump Waggon which will replace the one I owned years ago and act as a nice centre piece. 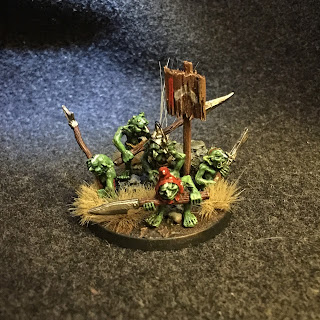 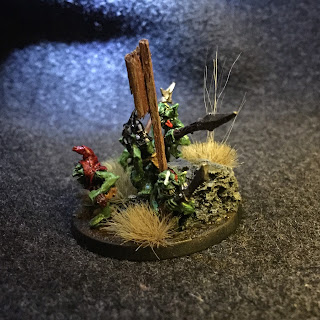 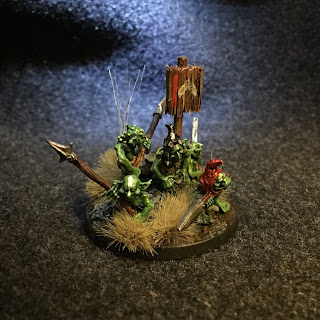