I have not had much time recently to post and even less to paint but between finishing off my Vile Rune Orcs I have finished off one of the three vintage Bolt throwers and team which can be used to support the Orcs when I play them out of Bloodbath. I had originally picked them up with the intention of mounting them on ships for a Bretonnian Fleet project but feel the Orcs might need the support sooner and part of a recent batch of Ebay Orcs had some crew for them.

The Bolt throwers were originally released as Notlobs Orc Artillery and then later as a generic War Engine. 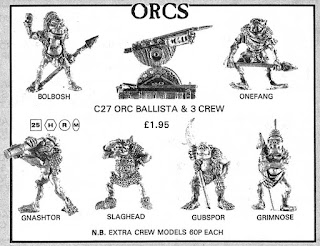 The Bolt thrower was also used as part of an Dwarf team as well. 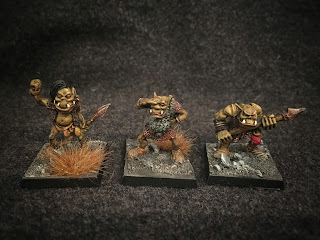 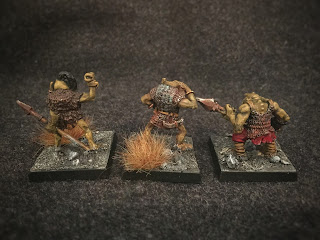 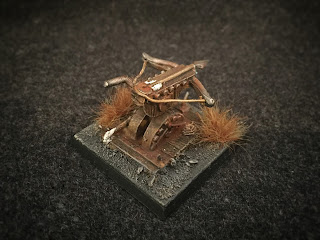 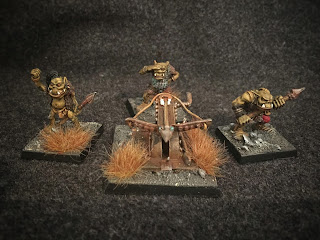 Now back to the troops...